Journalists Jake Hanrahan and Philip Pendlebury who had been under detention on terrorism charges, are seen before the health checkup in Adana, Turkey, on Sept. 3, 2015
Omer Yildiz—Anadolu Agency/Getty Images
By Helen Regan

On Monday, the three were charged in a Turkish court for “deliberately aiding an armed organization.”

One of the lawyers representing the trio, Ahmet Ay, told al-Jazeera that the “legal process” for Rasool was ongoing. Hanrahan and Pendlebury were released in the southern province of Adana.

They were reportedly filming clashes between police and supporters of the outlawed Kurdistan Workers’ Party (PKK) in Diyarbakir province when they were arrested in front of their hotel.

The British Foreign and Commonwealth Office released a statement Thursday saying the two journalists were set to be deported from Turkey.

“Two British journalists arrested in Diyarbakır on Aug. 27 have now been transferred to a Migration Department Deportation Centre in Adana. Our consular officials in Turkey are liaising with the Turkish authorities and in contact with the journalists and their lawyer,” the statement read.

VICE News said it had received confirmation of the release but called on the Turkish government to free Rasool.

“While we are grateful that they have been freed, we are deeply worried by reports that our other VICE News colleague, Mohammad Ismael Rasool, has had his appeal rejected by the Turkish government,” it said in a statement.

“Rasool is an experienced journalist and translator who has worked extensively across the Middle East with VICE News, Associated Press and Al-Jazeera. We call on the Turkish authorities for a swift end to this unjust detainment and to grant his immediate release.” 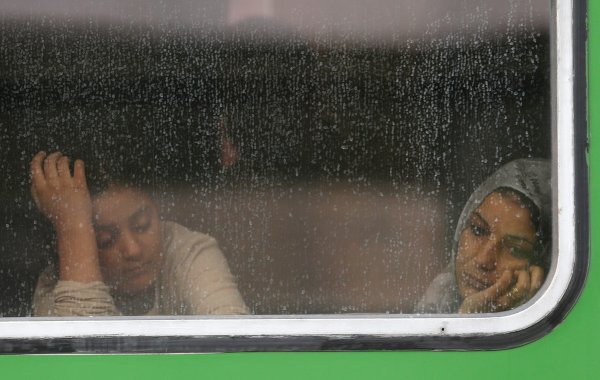 Hungarian Prime Minister Tells Refugees 'Do Not Come'
Next Up: Editor's Pick