Vice President Joe Biden said Thursday he remains uncertain whether he will mount a bid for the Democratic presidential nomination, expressing doubts whether his family has the “emotional energy” for a run.

Speaking at a synagogue in Atlanta to promote the Iran nuclear agreement, the former Delaware senator said in response to a question that he can’t put a timetable on his decision.

“The most relevant factor in my decision is whether my family and I have the emotional energy to run,” Biden said. “Some might think that is inappropriate. Unless I can go to my party and the American people and say that I am able to devote my whole heart and my whole soul to this endeavor it would not be appropriate.”

Biden maintained that political considerations like raising money and putting together an organization were not a factor in his hesitance.

“The factor is can I do it. Can my family undertake what is an arduous commitment that we’d be proud to undertake in ordinary circumstances,” he said. “The honest to God answer is I just don’t know.”

The vice president and his family are mourning the death of Biden’s son Beau from cancer in May. The family scion and Democratic rising star left behind two young children, and the elder Biden has spent weeks huddled with his family after the loss.

Biden, who is no stranger to family tragedy after losing his first wife and a daughter in a car crash shortly after winning his Senate seat in 1972, said he knows from experience that “there’s no way to put a timetable” on determining when his family might be ready. “If I can reach that conclusion and we can do it in a fashion that would still make it viable I would not hesitate to do it,” Biden continued. “But I have to be honest with you and everyone who’s come to me, I can’t look you straight in the eye and say now I know I can do it.”

Before Beau’s death, Biden had promised a decision by the end of summer, an already delayed start that would put his potential campaign tens of millions of dollars and months, if not years, behind Democratic front-runner Hillary Clinton’s effort. Biden’s poll numbers are riding high, partially as a result of his distance from electoral politics, though some Democrats are hankering for him to make a third White House run. 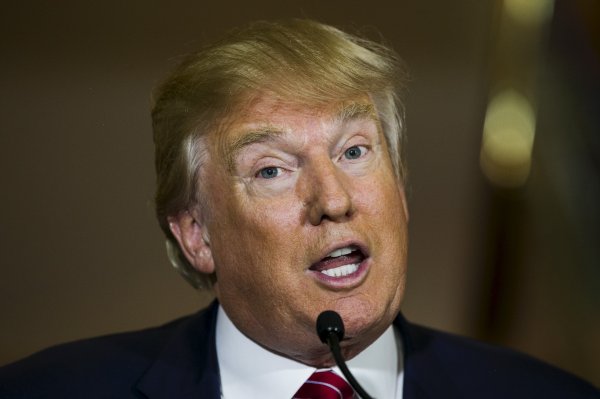 Donald Trump Stumbles on Foreign Policy
Next Up: Editor's Pick