Labor Day is a great time to buy a vehicle. Too bad the Army didn’t wait. The Pentagon’s next-generation Jeep carries a sticker of nearly $560,000.

The sobering price tag highlights the challenge of driving troops across the battlefield: you’ve got to be light enough to “git there furthest with the mostest,” as logistics officers like to say, while defending your human cargo from roadside bombs and other combat hazards.

In its latest balancing act between protecting and prevailing, the Army launched its newest generation of small troop movers Aug. 25. The Joint Light Tactical Vehicle—does the Army know how to come up with snappy nomenclature, or what?—is projected to end up costing $30.6 billion for 54,720 vehicles.

It’s a Goldilocks choice: while they have more armor than the light-skinned Humvees that led U.S. troops to fashion “hillbilly armor” for them following the 2003 invasion of Iraq, they’re a lot lighter than MRAPs that the U.S. belatedly ended up rushing to the battlefield to protect soldiers from roadside bombs (they’re also a lot cheaper: the U.S. spent about $50 billion on 27,000 Mine-Resistant, Ambush-Protected vehicles, or nearly $2 million each).

The ferocity of the enemy can be traced via the growing bulk of the Army’s light vehicles: the original Jeep weighed little more than a ton, while the first Humvees tipped the scales at 2.5 tons. The JLTV will weigh in at about 8 tons, half that of an MRAP. And costs rise with weight. Roughly speaking, a JLTV will cost about 10 times as much as a Humvee, which in turn was 10 times the cost of the Jeep (rhymes with cheap) it replaced.

To save money, the Army will hang on to some MRAPs and Humvees; JLTVs are slated to replace only about a third of the Humvee fleet.

Jeeps and Humvees weren’t built to go into harm’s way. The beefed-up JLTV signals a continued U.S. commitment to go there, and to hang around. If troops move in quickly and stay only a short while, the bad guys don’t have time to create the supply lines and bomb-making sites needed to produce significant numbers of improvised explosive devices.

But if U.S. combat troops look like they’re going to be staying for awhile—eight years in Iraq, say, or 14 in Afghanistan, so far—there’s plenty of time for the bomb-building that killed hundreds of U.S. troops in those two countries.

Humvees (a streamlined nickname for the High Mobility Multipurpose Wheeled Vehicle, or HMMWV) first entered service in 1985, when the Army was fretting about fighting the Soviets on the German plains. That kind of war had clearly-defined front lines that the soft-skinned Humvees could stay well behind. But, as so often happens, history got in the way. Humvees “were developed during the Cold War when improvised explosive devices (IEDs) and other anti-vehicle explosive devices were not a major factor in military planning,” the Congressional Research Service noted in a March report.

Oshkosh Defense (not to be confused with the baby-clothes maker, Oshkosh B’Gosh, also based in Oshkosh, Wis.) will build the JLTV, after beating out Humvee-builder AM General and military-maker-of-everything Lockheed Martin. The first Army unit will be outfitted in 2018, and all JLTVs are slated to be delivered by 2040. Marines are getting 5,500 of the nearly 55,000.

“As soldiers and Marines find themselves operating in increasingly diverse environments, they need lean, capable, and expeditionary systems,” the Army says of the new program. “With enhanced protection and improved maneuverability, transportability, maintainability, and connectivity to 21st century battlefield networks, JLTVs will expand the options available to commanders.”

The Army chief of staff conceded the JLTV is a carefully-considered compromise shortly before he retired last month. “This is one we absolutely need,” General Ray Odierno said. “We have taken the lessons that we’ve learned in terms of having enough space to make sure we can get inside of these things all of the communications capabilities that we’ve developed over the years, as well as providing protection for our soldiers and maintaining a certain amount of mobility.”

The more armor that’s bolted on, the less mobile the vehicle. That’s what happened as the Army kept “up-armoring” its Humvees—as they got heavier, they got slower and broke down more often. “Everyone who served outside the wire in Iraq and Afghanistan was stuck for hours, if not days, because of a vehicle rollover, busted axle, blown tire, etc.,” says William Treseder, who served as a Marine sergeant in both countries.

“This whole debate really comes back to what risks the American military is willing to take in combat,” says Alex Lemons, who pulled three Marine combat tours in Iraq. “That seems to be the debate we aren’t hearing during these procurements and it was at the heart of operations in Iraq and Afghanistan.”

More armor, he adds, is a mixed blessing. “The guys with the worst traumatic brain injuries in my group sustained them in the more heavily-armored vehicles,” he says. “Yes, they walked away from the explosion but they aren’t very healthy survivors. They bounced around inside that hard structure and the noise from the blast was contained to the point where their bodies absorbed a lot of it.”

So the Army is trying to reduce that risk by outfiiting the JLTV sensors networked across the battlefield that are designed to let it elude the enemy. That cuts down on the need for armor. “Technology-based solutions to mitigate vulnerability are expensive, whereas the enemy’s countermeasures are relatively cheap,” said a 2011 Rand Corp. study of the fledgling JLTV and other Army wheeled-armor programs. Such defensive enhancements, along with the cost of developing the JLTV, will basically double the vehicle’s price tag. 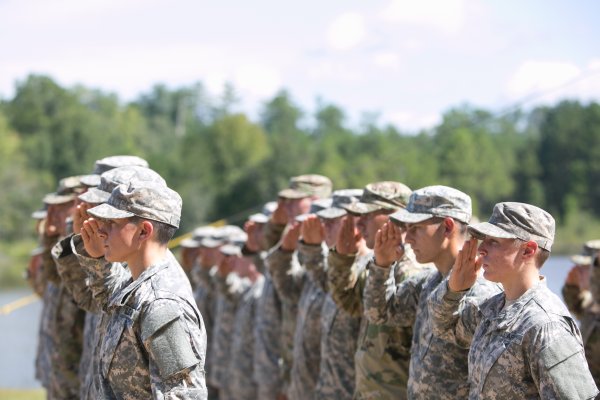