Why It's Good News That the Iran Deal Will Go Forward

U.S. Secretary of State John Kerry delivers a speech on the nuclear agreement with Iran, in Philadelphia on Sept. 2, 2015.
Charles Mostoller—Reuters
By Joe Klein

The Iran deal will go forward. President Obama has a veto-proof minority in the Senate and, most likely, the House. That’s very good news for those of us who believe in creative diplomacy. The deal isn’t perfect. No negotiation ever is. And, in the end, it may not work–but the United States has plenty of ways to make Iran pay for any violations. Once the deal is signed, Iran is on the clock: it has to dismantle most of its program and turn over information on the program’s genesis to the IAEA by a date certain–probably sometime next spring. It will have to comply with a strict inspection regime thereafter.

The most important question is whether Iran will make good on that pledge. But there are other questions that worry me. They have to do with the state of American Jewish leadership, and with the intrusion of domestic politics into foreign affairs.

A few weeks ago, I predicted in a column that the Iran deal would become the foreign policy equivalent of Obamacare–Republicans would keep hammering it, even if they had no way to defeat it. This would be cynical and solipsistic; but I have absolutely no doubt that this is what the majority of Republicans will do. Next week, Donald Trump, Ted Cruz and other Troglyditic all-stars will hold an anti-deal rally in Washington. Other circuses are sure to come.

So here’s a question: will AIPAC, which has lost this issue in embarrassing fashion, and the Israeli Prime Minister Bibi Netanyahu, continue their noxious campaign to discredit the deal. AIPAC runs a real risk here. It has long portrayed itself as bipartisan, but it is, at this moment, on the cusp of being perceived as a neoconservative Republican operation. The risk is internal and external. Polls show that a majority of American Jews favor the deal, as they should. AIPAC’s strength in the past has been the illusion of unanimity: they claim to “represent” the Jewish community. But they have competition now.

A more moderate Jewish organization called J Street has entered the fray. J Street is pro-Israel, but not obeisantly so. It is for the deal, and against the further expansion of the West Bank Settlements. No less a figure than former Secretary of State James Baker gave the keynote address at J Street’s annual meeting this year, making the case for the only reasonable outcome in the Middle East–a two-state solution. If AIPAC doesn’t reconsider its extremism, I can easily see a migration of the majority of American Jews–those who are still Democrats–toward J Street.

This would be understandable, but a tragedy nonetheless for those of us who believe in the continued existence of the Jewish state. Israel can’t become a partisan issue in America, if it is to survive. There needs to be continuity, an enduring support for the historic American position–a two state solution, based on the 1967 borders, with agreed-upon land swaps. And there needs now to be a measured, realistic support for the nuclear deal with Iran.

Instead of standing with the demagogue Netanyahu–and the show-boating Republicans–AIPAC should consider standing with the Israeli intelligence and military establishment, some of whom favor the deal and some of whom don’t but all of whom agree that now that it’s a done deal, there is a need for coordinated strategy. (70 former Israeli officials made this position public in a letter last month.)

Sane Republicans should, too. Once the vote is taken, and the shouting is done, they should join with the courageous Brent Scowcroft, and David Petraeus, and other realists who recognize that there is much work to be done in the region to limit Iran’s power and shenanigans.

So Klein, I can hear the bleaters say, how can you support the deal and still want to limit Iran’s power and shenanigans? It’s very simple, really: because the deal limits Iran’s power for the next 15 years. It opens the possibility that Iran’s regime–which has mutual interests with the United States in the region, especially in Afghanistan–can be dragged into civilized society by a population hungry for goods, services…and the freedom to go to discos on Thursday night. (No kidding: in my discussions with young Iranians, that was item 1 on their agenda.)

It will also allow the United States to take a more balanced stance in the Middle East, between the warring Sunni and Shi’ite sides. We will no longer be tied to Saudi Wahhabis who have been undermining our position in the region, and killing American troops through their surrogates, for decades.

This position may not be in Israel’s best interests. Israel is on the cusp of finding common cause with the Saudis and with good reason–Iran’s emissaries, especially Hizballah, threaten both countries. But Israel’s best interests and ours, while almost identical, can be different. AIPAC has been playing a dangerous game, supporting what it perceives to be Israel’s best interests–I’m not sure an alliance with the shaky Saudis is such a good idea–while misapprehending those of the United States. I don’t believe the AIPAC leadership is consciously guilty of dual loyalty–a classic anti-Semitic canard–but I don’t believe they’ve been thinking very clearly, either. And if they continue with their noisome, often inaccurate and sometimes disgraceful opposition to this deal–if they maintain their alliance with the Republicans and continue to fight even after the game has ended–I suspect they will be inflicting a grievous wound on their organization. 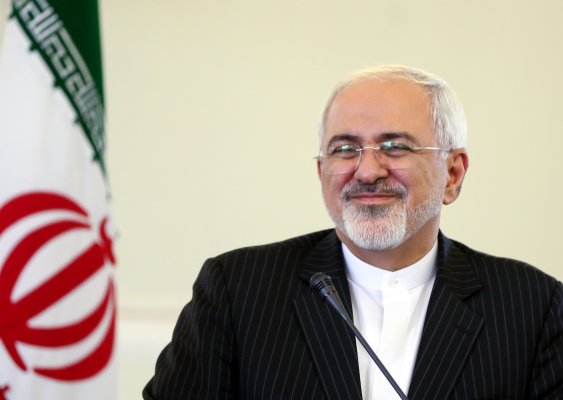