A Rutgers’ student had their jaw broken during the attack, say Middlesex County Prosecutor’s Office, according to a report by NJ.com.

Among the five Scarlet Knights charged is junior defensive back Nadir Barnwell, who is at the center of a Rutgers investigation into whether head coach Kyle Flood violated school rules by contacting a professor about Barnwell’s grades.

Rutgers announced that the players are suspended indefinitely.

It was unclear if any of the men had attorneys, the Associated Press reported.

Moments before the announcement by officials, Flood told reporters that chances were high that he would be coaching the Scarlet Knights in the team’s season opener Saturday. 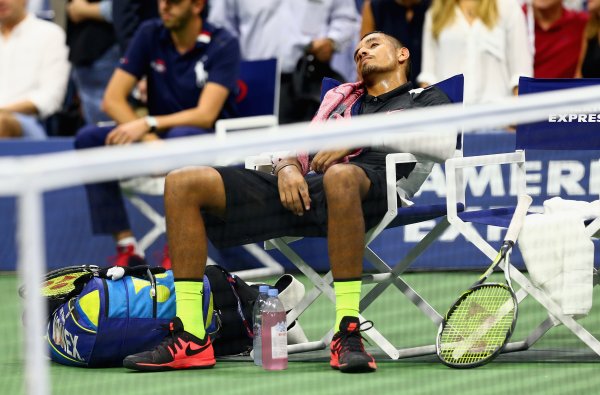 Nick Kyrgios Gets Schooled by Aussie Icon
Next Up: Editor's Pick