These Are the 5 Big Foreign Policy Stories for the Fall

Migrants walk through a line of police after they left a train at Bicske railway station, Hungary, on Sept. 4, 2015.
Leonhard Foeger—Reuters
By Ian Bremmer

Didn’t follow the international news this summer? That’s all right. These are the facts that tell the stories you need to know going into what’s going to be a very busy autumn:

The Iran nuclear deal was the single most consequential story of the summer for the global economy. In exchange for opening to international nuclear inspections, Tehran was promised sanctions relief. With the economic boost, Iran’s GDP is expected to grow as much as 8 percent over the next two years.

But with more money at its disposal, Tehran could further destabilize an already chaotic Middle East. Iran and Saudi Arabia are long-time rivals, and have waged proxy conflicts across the region for years—in Syria, Iraq, Yemen and elsewhere. Saudi Arabia spent $80 billion on defense last year; hampered by sanctions, Iran could only spend $15 billion. That will change as Iran sells an additional one million barrels of oil per day by the end of 2016. It’s a fundamental shift in the Middle East’s power balance—creating both risks and opportunities for other countries, including the U.S.

Congressional opponents of the deal won’t have the votes to override the president’s veto of any legislation intended to kill the agreement. So watch Saudi-Iranian relations instead. That’s where the real story lies.

Iran was the summer’s no. 1 story, but China was a close no. 2. Weak economic data and surprising government interventions suggested the world’s no. 2 economy might be slowing much more quickly than expected. China is transitioning from an export-driven economy to a consumer-oriented one, and this will slow China’s economy in years to come. What’s surprising was how quickly things seemed to move south: from June 15 to August 27, the Shanghai Index fell about 40 percent as Beijing waffled on how to respond to unprecedented market swings, intervening with mixed results.

Given the state’s ability to ease lending and ratchet up government spending, China is still projected to grow at about 7 percent this year. But events this summer have reminded us that the world is dependent on a stable China with a growing economy. China has simply become “too-big-to-fail,” accounting for 10 percent of all global goods traded in 2014. Last year it was responsible for 17 percent of global GDP. So countries around the world now find themselves dependent for their own growth and stability on a country whose decision-making and internal politics remain opaque.

While China has been rocked by market swings this summer, Brazil has been rocked by corruption scandals. The biggest investigation centers on state-owned energy giant Petrobras. Investigators contend that high-level company officials awarded contracts in exchange for political kickbacks, currently valued around $2 billion. That’s bad; what’s worse is that Dilma Rousseff, the country’s current president, was chairwoman of the company when the illicit exchanges took place. There’s still no evidence that Rousseff had knowledge of any wrongdoing, but more than 50 politicians are now under investigation. Rousseff’s approval rating is at 8 percent, and 66 percent of Brazilians now favor her impeachment.

Brazil was supposed to be an emerging market success story, a model for how Latin America could lift its people out of poverty while running a dynamic economy built on investor-friendly policies and responsible economic planning. Now it’s in danger of becoming the poster child for how political scandals can derail promising economic growth. Indictments against politicians will continue into the fall. If former President Lula—Rousseff’s mentor and political patron—is indicted, Brazil might descend quickly into open political warfare.

Back to the Middle East: ISIS continues to gain followers as Western powers struggle to come up with an effective response. ISIS is the best-funded, best-equipped terrorist group in the world, and its appeal continues to grow. An estimated 20,000 foreign fighters have joined the jihadi group, about 3,500 of whom hail from Western countries. More disturbing is that as many as 20% of these foreign fighters are women, despite its horrific record of sexual violence, signaling that outsiders don’t understand ISIS’s appeal as well as they think they do. Combined with the fact that ISIS takes in more than $1 million a day via extortion and taxes, and the group has staying power.

This fall, Sunni militia groups—backed by Western powers—will try to deal serious blows to this Sunni terrorist organization. Watch the Iraqi city of Mosul—it’s currently the most populous and important city under ISIS’s control. Losing it will badly damage Islamic State finances—and its image as a winner for many young Muslims.

Violence in the Middle East is pushing refugees toward Europe, and European governments are scrambling. Europe is still managing the Greek debt crisis and debating how best to mend original design flaws in the Eurozone. The migrant crisis, and the political pressures it exacerbates within EU countries, makes it that much harder for European governments to share burdens. The basis of the European Union isn’t money or security—it’s shared values. And when officials in countries like Slovakia, Poland and the Czech Republic say they’re only willing to accept Christian refugees, it throws those common values in doubt. 107,500 migrants arrived on European shores this past July, triple last year’s figures; 50,000 arrived in Greece alone.

This fall will be crucial for the continent. The first test is how much money Europe commits to the migrant crisis. The second is how equitably EU member states will share the burden of absorbing them. But the most important test is what happens to the Schengen Agreement. A pillar of the EU, Schengen allows for the free movement of travel between EU nations. Some countries argue that Schengen needs to be suspended in light of the current crisis. If the migration crisis forces the EU to suspend or even abolish one of its central tenets, the future of the 20th century’s most ambitious political project will grow bleaker. 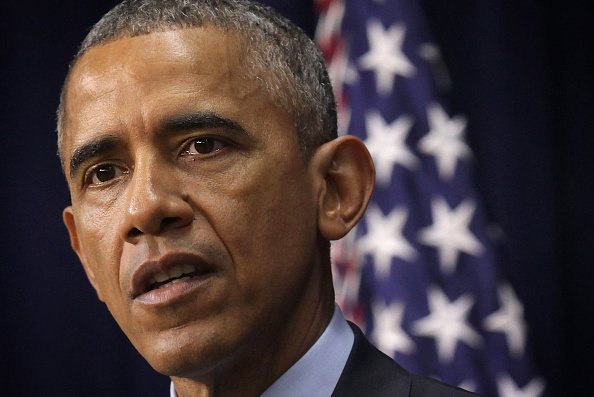 Jewish Leaders Urge Congress to OK Deal With Iran
Next Up: Editor's Pick