President Obama is now a member of an elite dog sledding team – sort of.

On a last-minute stop in Kotzebue, Alaska, the president met Iditarod champion John Baker who presented him with a team jacket and hat.

Thrilled, Obama put on the cap and swapped his old jacket for the new one.

“Now I’m official,” he said, according to the president’s travel pool report.

Obama also got to meet two Husky puppies, both about three months old. He grabbed the smallest one, affectionately called Feather for his size, and reassured him: “Sweetie, you’re okay, sweetie,” before turning his attention to the other dog, known as Moose.

After posing for photos, the president peppered the group with questions about the long-distance sled dog race held each year in March, including: How many dogs are on a sled? 16. Dogs can start training once they’re 6-months old, in case you’re wondering. 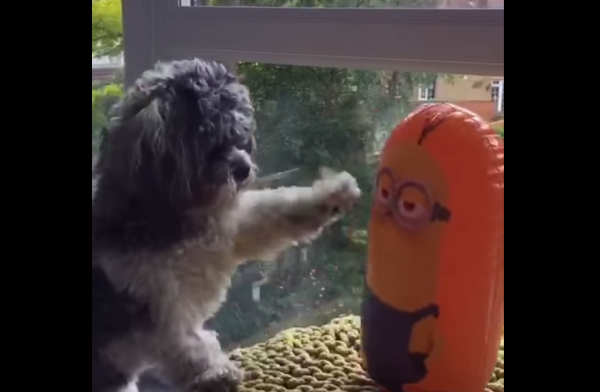 Watch a Dog Lose an Unfortunate Fight With a Minion Toy
Next Up: Editor's Pick