Odds are you wouldn’t care much if a team of researchers told you they’d mastered a multi-objective optimization problem to create a reliable orbit propagator (with the help of resonant tesseral harmonics, of course. I mean, duh).

Odds are better that you’d pay attention, however, if they told you that what they’d actually done was reduce the risk that you’ll be clobbered by a flaming piece of space junk one day. So let’s go with that second explanation, because that’s what an international team of researchers have accomplished, according to a study just published on sciencedirect.com.

Space junk, for those who make it their business to get people and hardware into orbit, has been a problem for a long time. There are more than half a million pieces of orbiting debris—spent satellites, discarded booster parts, nuts, bolts, scraps of insulation—being tracked by NASA and other space agencies. There are millions more that are too small to detect but still pose a risk, simply because of the punch they pack as a result of their extremely high speeds—4.85 mi. per sec. (7.8 km/sec). Something as small as a fleck of paint could easily puncture a spacecraft if it hit it in the wrong spot and at the wrong angle.

The danger doesn’t come from collisions between objects moving in the same orbit since they all travel at the same speed. Like cars on a highway all going 60 mph, they never change their positions relative to each other (a bit of space physics the otherwise smart 2013 movie Gravity got flat wrong.) The danger comes when orbiting objects change or cross orbits—the equivalent of entering a highway or changing lanes without looking where you’re going.

A 2009 collision between a defunct one-ton Russian satellite and an active American one served as an ugly illustration of how much damage a space crack-up can do. And none of that addresses the additional risk to people and property when satellites end their lives, tumble out of orbit, and plunge to Earth.

All of that got researchers at the University of Southampton in the U.K. and Spain’s University of La Rioja looking for some way to predict a satellite’s trajectory precisely over the course of the years or decades it will be in orbit, as well as ways to steer it to a safe reentry when the time comes.

The satellite they chose for their case study is also one of the most challenging. Known as INTEGRAL—for the INTErnational Gamma Ray Astrophysics Laboratory—it is a research ship launched by the European Space Agency in 2002. To maximize the time the satellite spends above the Earth’s radiation belts, INTEGRAL flies a highly elliptical orbit that takes it from a low of 5,600 mi (9,000 km) above the Earth’s surface to a high of 95,000 mi (153,000 km). That may help it do the job it was built to do, but it also means that the four-ton machine crosses a lot of lanes of traffic on every one of its 72-hour trips around the planet.

To determine how and where the ship might drift during its otherwise well-planned orbits, the investigators had to consider a range of natural variables that can nudge a spacecraft one way or the other—gravity perturbations from the Earth, sun and moon; the steady pressure of solar radiation; subtle drag from the upper wisps of Earth’s atmosphere, and more. Folding all of those variables into what’s known as an evolutionary algorithm, they found that with just seconds of computational time, they could forecast INTEGRAL’s orbit a full century into the future.

The algorithm also made it possible for the investigators to determine the best time and place to de-orbit the satellite when its useful life span is over—ensuring any pieces that survive reentry would drop harmlessly in the ocean or on unpopulated stretches of land—while minimizing the amount of fuel that would have to be used to execute that maneuver. “Some propellant needs to be preserved in order to perform the satellite disposal,” said lead author Robert Armellin in a statement accompanying the release of the study. “So we have developed a method aimed at reducing the amount of propellant needed, and hence the associated cost.”

Reckoning with the life and planned death of just one satellite hardly solves the entire space debris problem, but it does provide a starting place. For INTEGRAL itself, the end is now set to occur sometime between September of 2028 and July of 2029, when it will have completed its science work and can be de-orbited.

The later of those two dates, by sheer serendipity, will also be the 50th anniversary of the decidedly less controlled 1979 re-entry of Skylab, America’s first space station, which had the world guessing for months about where and when it would re-enter—finally scattering its remains across the Australian outback. Humanity dodged a space bullet that time; in the future, we can count on more than dumb luck. 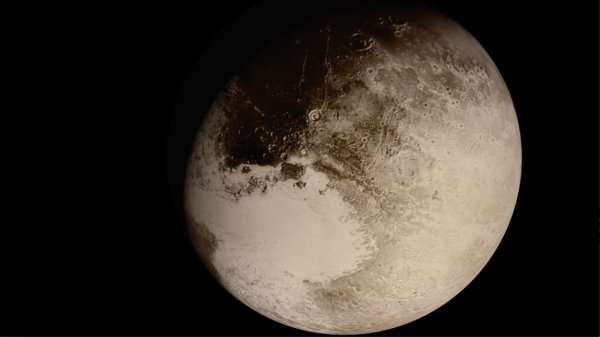