A Russian weather team became trapped in a remote station when a group of polar bears settled outside their camp.

The two meteorologists and an engineer are stuck on Vaygach Island, CBS reports, unable to take readings because the bears have parked right outside their camp and are displaying aggressive behavior. A pair of the bears “recently grappled, fighting near the house,” one of the trapped staff said.

The team has only flares to ward off the bears, which so far have not worked. The weather team has requested assistance from Russian officials. 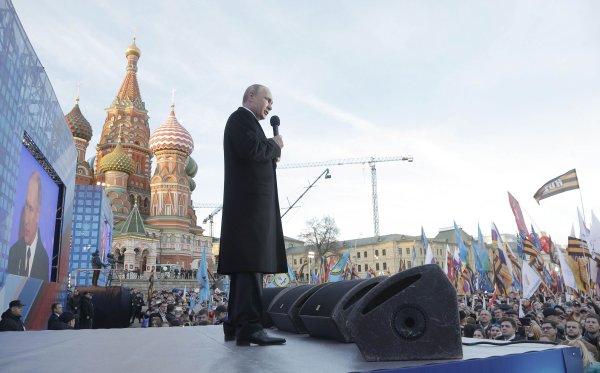 Inside Vladimir Putin’s Circle
Next Up: Editor's Pick