These Celebrities Are Taking a Stand on the Refugee Crisis

Celebrities are voicing concerns about the welfare of scores of migrants seeking haven in Europe after fleeing north from North Africa and the Middle East.

J.K. Rowling is Tweeting on her own as well as retweeting users calling British Prime Minister David Cameron’s stance on refugees ‘utterly shameful’ and linked to a petition for the United Kingdom to accept more asylum seekers.

She also tweeted a cover of British newspaper the Daily Express, featuring a cover line that reads: “Moving Story of a Dog’s 11-year Hunt For a Home.”

John Green promised to match donations to author Patrick Ness’ fundraising page for Save The Children, to help the refugees.

Samantha Morton, who’ll star in the upcoming Harry Potter spinoff Fantastic Beasts and Where to Find Them, has also been vocal on social media.

And Angelina Jolie, in her continued humanitarian efforts, visited refugee families earlier this year for World Refugee Day with her daughter Shiloh. 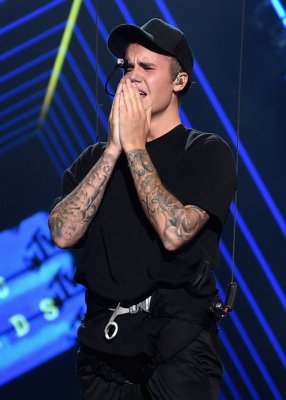 Justin Bieber Tells Jimmy Fallon Why He Cried During the VMAs
Next Up: Editor's Pick