“Merchandising, merchandising. Where the real money from the movie is made!,” quipped the Yoda-esque character in Mel Brooks’ 1987 Star Wars spoof Spaceballs. And he was right, especially when it comes to A Galaxy Far, Far Away. By 1997, sales of Star Wars toys hit an estimated $9 billion, making over $3 billion more than the movies themselves.

In that time-honored tradition of turning imaginary Jedi knights, Sith warriors, aliens and droids into real money, toy companies from Mattel to Hasbro to LEGO are primed and ready to release a smorgasbord of toys tied to the upcoming The Force Awakens, the first new Star Wars film in a decade. But there’s a newcomer among their ranks, too: Sphero, a Boulder, Colorado-based startup that makes smartphone-controlled spherical robots. On Thursday, Sphero rolled out its toy version of BB-8, the new film’s spinning droid who looks to be a spiritual successor to the perennially popular R2-D2.

Sphero’s BB-8 is controllable with a Star Wars-themed smartphone app and the help of a Wi-Fi signal. It responds to simple directional inputs as well as pre-set commands like “patrol,” which sends it automatically zipping here and there around a room. The company took care to breathe life into the toy, having it emit the chirps and squeaks that make Star Wars‘ droids feel somehow alive. It comes with a recharging dock and gets about an hour of play time on a three hour charge. BB-8’s software is updatable via the app, meaning the company can add new features over time.

The idea behind the BB-8 toy, Sphero Chief Creative Officer Rob Maigret told TIME, is that it’s “the closest we get to an actual droid.” Everything about the toy, from the Apple-style packaging on down, is designed with that goal in mind. “We’ve proven we can give personality to a ball,” said Maigret.

But the most impressive thing about Sphero’s BB-8, which is just slightly bigger than a baseball, is the droid’s head. As in the movie, BB-8’s cranium sits generally near the top of the toy regardless of the robot’s orientation or speed, like a geostationary satellite locked in position over Earth. When the movie BB-8 was first seen in a Force Awakens trailer, many fans thought the seeming impossibility of how the head worked meant the rolling robot was created via computer graphics. Not so. It’s a physical effect brought to the film after Disney CEO Bob Iger personally enlisted Sphero’s help. Now, Sphero has gone and brought basically the same functionality to a toy that will retail for $149.99. Maigret wouldn’t tell TIME how the head worked, but allowed that some curious consumers will almost certainly rip BB-8 apart and post their findings online. One downside here: BB-8’s head isn’t permanently attached, and a high-speed collision into a wall can temporarily decapitate it.

Sphero may not have the size, money, or brand recognition of a Mattel or Hasbro. But Disney, which owns the Star Wars franchise after a $4 billion deal in 2012, has given the company a real chance to break out this holiday season. As a movie character, BB-8 feels destined to become a fan favorite. Some Star Wars fans have already tattooed likenesses of the droid on various parts of their body, and the movie isn’t even out until December. Fans’ interest in a movie character can easily translate into big money for toymakers — just ask LEGO, which saw about an 11% sales boost in the months after its well-received Lego Movie hit theaters.

Still, there will be challenges. Star Wars toymakers in the 1970s and 80s didn’t have to compete with computers and iPads for kids’ hearts and minds and, therefore, mom and dad’s dollars. The asking price, too, is steep. But Sphero’s timing is great, with both The Force Awakens and the holiday season quickly approaching (other new Star Wars toys are being announced this week as well; the release schedule was surely planned out like a general plans an invasion of a foreign land). And Sphero will have the marketing power of the Mouse House behind it. If the five-year-old company can successfully tap into what’s already becoming a fresh bout of Star Wars mania, it could use BB-8 as a launching pad to blast into homes across the country. 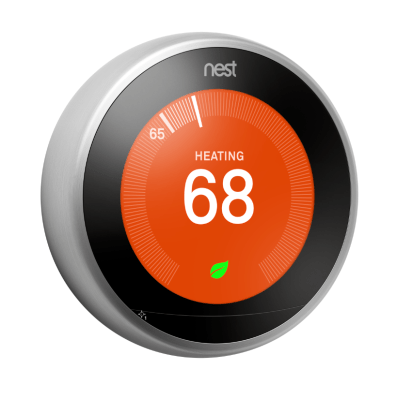 This Is the Most Advanced Nest Thermostat Yet
Next Up: Editor's Pick