Louisianans either loved or hated Huey P. Long; there was no middle ground with “the Kingfish.” In the relatively short span between his election as Louisiana governor in 1928 and his death seven years later, he kindled intense feeling in both camps: as a populist hero to some, a corrupt dictator to others.

So it was that, less than a year into his governorship, the Louisiana House of Representatives had already voted to impeach him. Their 19 allegations against him, ranging from accusations of bribery to carrying concealed weapons to “deporting himself scandalously at a New Orleans ‘studio’ party,” per TIME, were a fairly representative sample of the colorful way Long approached politics. He was even accused of ordering a heavy — “onetime pugilist and Long bodyguard” Harry “Battling” Bozeman — to kill a state representative who opposed Long’s legislative agenda, according to Bozeman himself, who depicted Long as a sort of Southern Godfather.

Long’s defenders proved as powerful as his detractors, however — and equally impassioned. The impeachment effort ultimately failed, although according to Politico, the debate “touched off fistfights on the state House floor. Several lawmakers reportedly used brass knuckles in the bloody brawl.”

More than a few people probably would have liked to aim their brass knuckles at Long himself, both for his politics and his personality. One adversary went so far as to punch him in the face in 1933, during a Gatsby-esque soiree at Long Island’s Sands Point Bath Club. There, as TIME recounts, then-Senator Long arrived already “in his cups” and treated the charity event as a frat party:

It was in the club’s bathroom, however, that Long acquired a black eye, after committing “a gross indignity” upon the trouser leg of a fellow guest whom Long believed to be unnecessarily holding up the line, as TIME put it. Few blamed the man who delivered the blow, at least outside Louisiana. Per TIME: “Long Island sentiment was ready to make him a national hero.”

But it was a Louisianan who set his sights on Long on this day, Sept. 8, precisely 80 years ago, shortly after Long declared his candidacy for president. Carl Weiss, a doctor and the son-in-law of one of Long’s bitterest political rivals, is believed to have shot Long at close range as he left a late-night legislative session in Baton Rouge — although questions and conspiracy theories still abound. Long died two days later. And the crowds of admirers who choked the roads to the State Capitol for his funeral were proof that he left as much good will in his wake as bad. 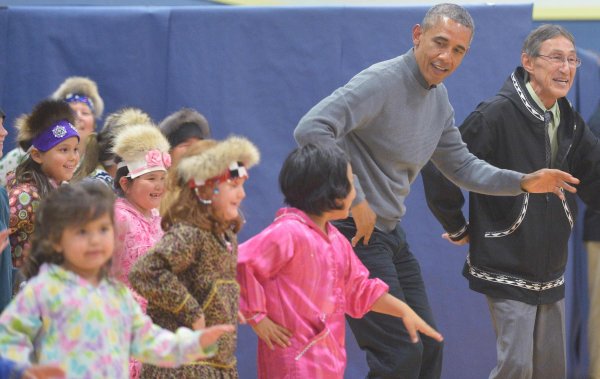