Reports of smallpox’s demise, in 1972, were at least slightly exaggerated. Excruciating and highly contagious, the disease was once “the most terrible of all the ministers of death,” as TIME quoted an English historian. But it also marked an early public health triumph when, in 1798 — long before the introduction of antibiotics and other lifesaving miracles of modern medicine — the British doctor Edward Jenner developed a vaccine for smallpox, and in so doing founded the field of immunology.

It took some time for the public to embrace the theory of vaccination, and longer for the vaccine to reach the hardest-hit parts of the globe. Even in the widely-inoculated U.S., enough people remained at risk in the early 20th century to cause periodic flare-ups. In 1924, as TIME reported, an outbreak crossed the border from Canada and infected about 4,000 people in Michigan, killing 133.

Immunization soon became so commonplace that no new cases appeared in the U.S. after 1949, and in 1972, health officials stopped requiring vaccinations for the nation’s schoolchildren. “Once the remaining trouble spots in Asia and Africa have been cleansed, smallpox should be dead,” TIME announced early that year.

The virus wasn’t quite dead, however — just confined to medical research labs, awaiting one last shot at humankind. Six years after TIME heralded its death, a microbiologist at a British medical school inadvertently let the disease loose and infected a staff photographer, Janet Parker, who worked in an office above his lab. Her friends, family and casual acquaintances were quarantined, and since one coworker had visited North Dakota after Parker became infectious, the smallpox scare crossed the Atlantic. American health officials, per TIME, kept the visiting Brit under surveillance.

Parker became the last known victim of smallpox when she died on this day, Sept. 11, in 1978. The outbreak itself claimed no other casualties. Parker’s mother contracted the disease but recovered, although Parker’s father died of a heart attack when he visited his ailing daughter while quarantined in the same hospital.

Meanwhile, quarantined at home, the microbiologist whose lab had leaked the pathogen walked out to his garden shed and slit his throat, according to the Birmingham Post & Mail. His suicide note read, in part, “I am sorry to have misplaced the trust which so many of my friends and colleagues have placed in me.”

Read more from 1978, here in the TIME archives: Living Disease 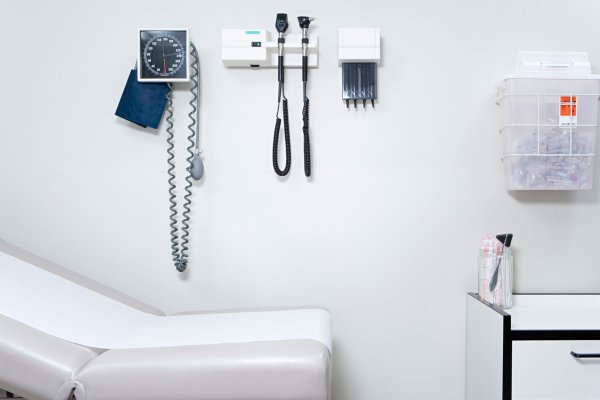 Why The Toxic Treatment of Doctors Needs to Change
Next Up: Editor's Pick