8 Things I Learned at a Museum Exhibit About Internet Cats

There are some videos you generally watch alone. You know, on your laptop with your headphones on. You don’t feel guilty about watching them, not really, but they’re just not meant to be viewed in a group setting.

So when I found myself in a museum — a respectable one in New York City — watching one of these videos with a group of about 20 people, it felt very new, and entirely thrilling. Finally, I could see how other people reacted when a fat cat dove head-first into a clay pot, and we could all laugh together when he finally wiggled his entire body into it. It’s not just me who loves this, I thought, an idiotic grin spreading across my face as the cat’s tail waved helplessly through the top of the pot.

The strange act of communal cat video watching is just a small part of “How Cats Took Over the Internet,” a new exhibit at the Museum of the Moving Image in Queens, NY, that’s open through January. I tracked down the guy who dreamed up the event: Jason Eppink, the museum’s associate curator of digital media and I learned that he is a person who 1) is actually allergic to cats and 2) does not watch cat videos for fun — and that’s exactly why he decided to do this.

“It was because my friends watch cat videos for fun, and lots of people in my community do,” Eppink says. “I see it online all the time, and so I was on the outside looking in: What is this? Why is this a phenomenon? What’s going on here?”

After visiting the exhibit (twice) and chatting with Eppink, here are my eight key takeaways.

1. People — all kinds of people — really care about this.

When I visited the exhibit, it was full of everyone from 20-something bearded dudes to middle-aged couples to young girls with their grandmas. Eppink says one of his favorite moments was watching a dad discuss the effects of anthropomorphism with his young daughters. They were all engaging, and they were all getting it.

The popularity of the exhibit reinforces the simple, universal appeal of cats. And really, the fact that so many people are schlepping out to Queens each day to see this exhibit shows that cats really are a phenomenon, and people want to know why.

2. We like watching cat videos because we’re all secret voyeurs.

The exhibit argues that in most videos, cats seem to be unaware of the camera, so we feel like we’re getting an authentic glimpse into their mysterious lives. It’s like watching surveillance videos: there’s something appealingly forbidden about it even when the subjects aren’t doing anything interesting. Dogs, on the other hand, generally acknowledge the camera — sometimes even running straight into it — which makes for less intriguing or authentic footage.

3. Cuteness isn’t as simple as we think.

“Cuteness gets really dark really fast,” Eppink says. “Cuteness is really fundamentally about a power differential. You can only find things cute where you’re more powerful than them.” You get to feel superior to this other creature and make fun of them without penalty. So next time you’re laughing at a fat cat struggling to fit in a small box, think about the power dynamics at play. If you feel ashamed, watch another cat video to make it better.

4. When we look at cats, we’re really looking at ourselves.

When we watch cat videos, we’re looking at something a human specifically decided to record and upload. The cat itself, obviously, had nothing to do with it. “Cats are sleeping or eating for the majority of their life and we don’t usually see videos or photos of that,” Eppink says. “We don’t find pleasure in that as much as we find pleasure in seeing a cat fail or look silly or do something that reminds us of ourselves.”

So, for example, there’s a reason 59 million people have viewed this video of two cats “talking.” They simply want to ascribe their own emotions directly to this cat-versation:

Cats are really popular in the U.S., Japan and western Europe, but other regions turn to different animals for their anthropomorphic needs. In Uganda, for example, the animals that most often pop up on the Internet are are chickens and goats — probably because Uganda is more of an agrarian society. And in the U.K., people are particularly drawn to goats. That may seem hard to explain, as most people in the U.K. don’t have goats, but who can resist that je ne sais quoi of a goat? (Certainly not the 31 million people who’ve watched this compilation of goats yelling like humans.)

6. Many celebrity cats have medical conditions.

Grumpy Cat has feline dwarfism. Lil Bub has a bone disorder called osteopetrosis. Lazarus has a cleft palate. We find deformed creatures especially cute because they’re “particularly powerless and particularly in special need,” Eppink says. And in Grumpy Cat’s case, her disorder gave her a distinctive look — and her owners totally capitalized on that. Grumpy Cat is now a bona fide business, with magazine covers, movie deals and merchandise, including an iced coffee line.

7. The Internet is a “virtual cat park.”

If dog owners want to meet up IRL with other dog owners, they can simply head to the nearest dog park. Cat owners, on the other hand, don’t have designated physical spaces to gather and talk about cat things. The Internet has filled this need and become something of a “virtual cat park,” a term coined by BuzzFeed’s Jack Shepherd in 2012. Cat owners can turn to the Internet to talk to one another about their cats and swap cute photos and videos. The Internet is also a great place for people to compare their cats’ idiosyncrasies and find out, for example, if other cats do really cute things like this:

8. But in the end, cats actually aren’t any more popular on the Internet than dogs.

Not when you look at the stats, at least. For example: cats make up 16% of views in YouTube’s Pets & Animals category, whereas dogs make up 23%. (And, for the record, the Pets & Animal Category accounts for less than 1% of total YouTube streams.) On Reddit, the self-proclaimed “front page of the Internet,” mentions of dogs and cats have remained pretty much equal since the site’s founding in 2007. The only place where cats do outnumber dogs is the microblogging platform Tumblr, but overall, it’s really neck and neck. So, if cats still just aren’t your thing, that’s okay. Dogs are totally cool on the Internet, too. 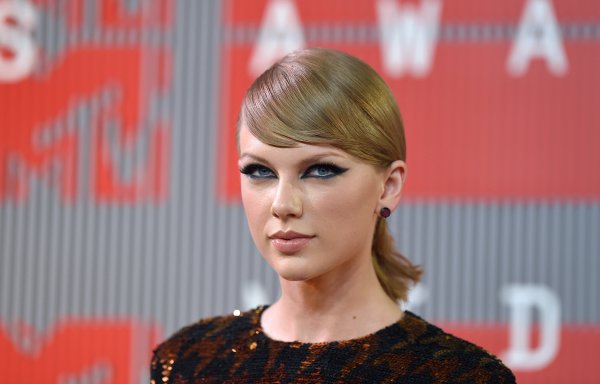