Donald Trump Hopes to Run Against Kanye West in 2020

Every since Kanye West announced Sunday that he plans to run for president in 2020, the hip-hop artist and current Republican candidate Donald Trump have been compared for their similar braggadocio and outsider status.

Now, Trump himself has weighed in on the possibility of a Kanye campaign. In an interview with Rolling Stone, Trump said he doesn’t “quite get” comparisons between himself and the Grammy award winner, but admitted to being a big fan of West.

“He’s actually a different kind of person than people think. He’s a nice guy,” said Trump. “I hope to run against him someday.” The real estate magnate even suggested he may have been an inspiration for Kanye’s White House ambitions. “That’s very interesting,” Trump said of Kanye’s campaign pre-announcement. “I wonder who gave him that idea?”

If Kanye does run against Trump in the next election, he may have his work cut out for him. The GOP frontrunner leads West in a hypothetical matchup, according to a survey conducted by a Washington based research group.

(Keep in mind that the survey has as much validity as the Ready for Kanye super PAC someone created. It was done using Google Consumer Surveys, so it’s not screening well for registered or likely voters.)

Watch the video of Trump’s interview below: 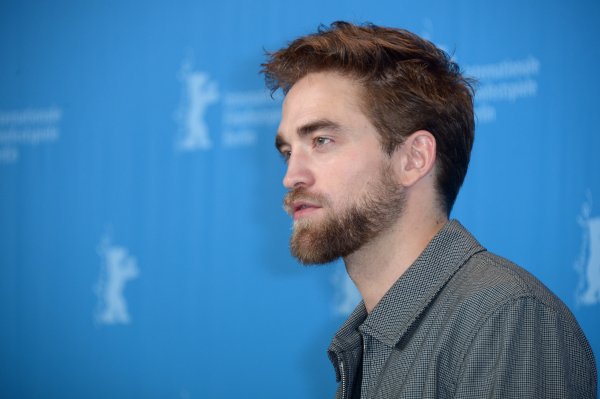 A Bride Ran Into Robert Pattinson at Her Wedding and Posed for This Epic Photo
Next Up: Editor's Pick