Grandparents are (almost) as old as humanity, but Grandparents Day in the United States is less than four decades old. And while the name evokes warm-and-fuzzy celebration of family, the tradition was established to combat a decidedly modern phenomenon.

It was Sept. 6, 1979, that President Jimmy Carter issued an official proclamation designating the first Sunday after Labor Day as National Grandparents Day, in the hope that society could learn from “grandparents whose values transcend passing fads and pressures, and who possess the wisdom of distilled pain and joy” and because “our senior generation also provides our society a link to our national heritage and traditions.”

The proclamation followed on the heels of two decades of advocacy. The holiday’s official website traces its history to two people who had similar ideas around the same time: Jacob Reingold and Marian McQuade. Reingold attended the first White House Conference on Aging in 1961 and shortly after instituted a Grandparents Day at the Hebrew Home at Riverdale in New York City, which soon led to a borough-wide observance. McQuade was based in West Virginia and led the effort to have that state institute a Grandparents Day in the early 1970s.

It was not a coincidence that two people in different parts of the country felt the same need to recognize grandparents. The culture of the 1960s was largely driven by younger people, and older generations, who were living longer than ever, were increasingly seen as out of touch and of diminished value. A 1970 TIME cover story about growing old in America summed up the feeling with its ominous cover line, “The Unwanted Generation.” Here’s an excerpt from the story, which was titled “The Old in the Country of the Young”:

Read the 1970 cover story, here in the TIME Vault: The Old in the Country of the Young 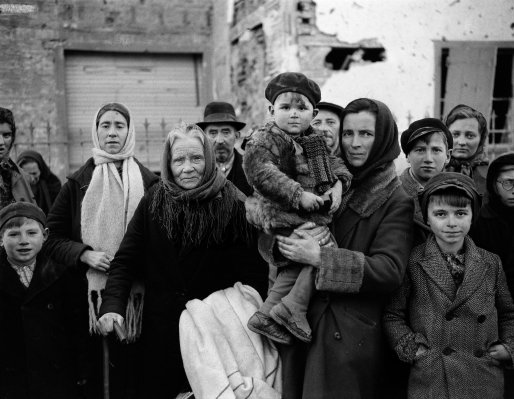 This Is What Europe's Last Major Refugee Crisis Looked Like
Next Up: Editor's Pick