Sony Made the First 4K Smartphone in the World

Hands-on – Sony has a point to prove

As the name suggests, the Xperia Z5 Premium is the top-dog of the new range and comes with an attention-grabbing headline feature – it’s the world’s first 4K smartphone.

That’s right, this 5.5-inch smartphone has so many pixels that it actually has twice as many pixels per inch (Colors) of the iPhone 6 Plus – that’s an eye-melting 801 ppi in total.

It’s a ludicrous resolution for such a small LCD screen. As Dr. Malcolm said in Jurassic Park: “Your scientists were so preoccupied with whether or not they could that they didn’t stop to think if they should.”

Is there really any point to making such a small screen so sharp? Not to my eyes. On first impression, I can’t say that the screen on the Xperia Z5 Premium is any better than that on the lower-resolution Samsung Galaxy S6.

There’s more to a good screen than packing in the pixels and Samsung’s AMOLED technology is simply superior to LCD these days – contrast and black levels alone stand it apart.

That said, there is an application I can see the Z5 Premium excelling at and that’s virtual reality. Placed close enough to your eyes and with lenses in front of it I can see how it can look ultra-sharp. This could well be the perfect phone for Google Cardboard VR applications, though that’s a rather niche reason to buy one. Perhaps Sony could follow Samsung’s example and produce its own, smarter mobile VR headset?

While the Xperia Z5 Premium might not match the best OLED screens, it does look fantastic. Colors are bright and vivid and it appears bright and clear at top brightness.

Sony has also included its X-Reality tech, which can upscale video (including Youtube) to something that looks sharper and better. It does this by comparing pixels in close proximity to each other and filling in the blanks and the results are impressive.

So the screen is undoubtedly special, but what of the rest of the phone? Well it looks a lot like previous Xperia’s in that it’s a (thickish) slab sandwiched between glass. It won’t be winning any beauty contests, but it’s what’s on the inside that counts and there you get Qualcomm’s Snapdragon 810 processor and 3GB RAM.

The 810 has had a bit of a bad rap, although it’s not wholly unfounded. Some phones packing this high-spec processor have been prone to overheating issues – Sony’s own Xperia Z3+ being a pertinent example.

It appears that tweaks have been made and matters improved, however. The OnePlus 2 also uses the Snapdragon 810 and doesn’t suffer for it, and neither did the Xperia Z5 Premium in my hour or so using it and dozens of pictures taken.

The high specs and features don’t end there. A top-notch fingerprint sensor has been hidden beneath the svelte side power button. I found it to be perfectly accurate and it’s location smarter than any scanner I’ve used – it makes perfect sense for the phone to be unlocked using the button that’s used most and is easiest to reach when picking it up.

A chunky 3,430mAh battery should be able to power the 4K screen for a while. Sony claims the Z5 Premium will last as long as previous phones. If that’s accurate then this phone could be one of the best around in terms of stamina, but that’s a big ‘but’ considering the power needed for that 4K screen.

Of course, this wouldn’t be a flagship Sony if it wasn’t water-resistant. The Xperia Z5 Premium can withstand the wet stuff – something that’s becoming increasingly uncommon among top-end phones. It manages to do this with a minimum of ugly flaps – there’s just one covering the nano SIM slot. The microUSB charging port and headphone jack remain uncovered for easy access.

That’s not the only handy feature the Z5 Premium has that’s fallen out of vogue with flagships. There’s a microSD slot that supports cards up to 200GB in size to complement the 32GB of onboard storage.

It’s a smart and encouraging move from Sony, too. After the disappointment of the Z3+, it’s good to see Sony sticking to its guns and keeping features that rivals now ignore. It’s an approach that’s bound to win the Z5 Premium some fans, and rightly so.

Question marks over the camera

Sony is making big claims about the camera on the Xperia Z5 range – the same lens and sensor is shared across the three phones. Sony thinks the camera on the Z5 Premium is the best you can get on a smartphone, but I’m less convinced.

With 23-megapixels, the sensor trumps the Galaxy S6, iPhone 6 and LG G4 with sheer numbers. Focussing is also quick – at just 0.3 seconds, Sony claims this is the fastest autofocus on a smartphone ever. It doesn’t feel that quick, though. Take a picture and some lengthy post-processing makes it feel far less responsive than rivals.

The model I was trying out is pre-production so this will, hopefully, get better in the final version.

I was initially excited by the a new camera feature called “5x clear image zoom”. Unfortunately, this is still using digital zoom and while pictures taken using it do add some detail to far-away subjects, it also adds a whole bunch of noise.

Vitally, the Sony Xperia Z5 Premium doesn’t use optical image stabilisation, it uses Sony’s SteadyShot with Intelligent Active Mode instead. The idea is that this works a lot better for taking video, eliminating the wavy wobble blur sometimes experienced with OIS cameras like the one on the iPhone 6 Plus.

The test video Sony showed me demonstrated this perfectly, but we’ll need to test it out ourselves to see if this is the best phone to take video on. Moreover, is this benefit a trade-off against the superior low-light performance allowed by optical image stabilisation?

It’s difficult to get overly excited by the Xperia Z5 Premium. The design hasn’t changed much, and the Xperia Z styling has never been much to look at. The new features look good and it’s great to have a flagship with a microSD slot for easy memory upgrades.

The camera and its lack of optical image stabilisation is most troubling – can a flagship phone afford to not have it these days? The 4K screen, meanwhile, feels more like good PR than a serious user benefit.

The Sony Xperia Z5 Premium will be available worldwide in November 2015.

This post is in partnership with Trusted Reviews. The article above was originally published at TrustedReviews.com 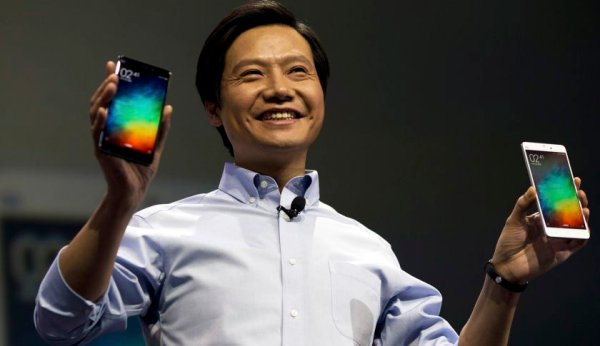 The ‘Apple of China’ May Soon Release Its First Laptop
Next Up: Editor's Pick