Rachel Platten’s “Fight Song” has become an anthem this summer. It soundtracked a Girl Scouts PSA, appeared on The Biggest Loser and the trailer for Supergirl, and was used in one of Good Morning America’s inspirational campaigns. Now, the track has taken on a new and even more personal meaning.

Platten sang the hit with a cancer patient, 7-year-old Jeremiah Succar, at the Children’s Hospital Los Angeles after finding out through social media that Succar was a huge fan of the song since he was diagnosed with stage-four atypical rhabdoid teratoid in May. “He used to sing it when he got a lot of headaches, but now he sings it in the morning, before bed and during shots he has to get,” Succar’s father Jerry Succar told CHLA.org.

The Succars started a campaign on Instagram and used#RachelMeetJeremiah to catch Platten’s attention. It worked, and Platten visited Succar in his hospital room to play the song, which you can hear below.

After meeting him, she wrote on Instagram, “The Greek was cool….but THIS was amazing. I love you Jeremiah, thanks for inspiring me and rocking out with me!!!”

Earlier this summer, Platten spoke to EW about realizing the song’s impact after hearing it used by cheerleaders, other cancer patients, and campaigns. “The first time it happened, a woman who had cancer sent an email to her family [saying], ‘I have three months to live, but I don’t want you to be sad. I want you to know this is how I feel, and this song is my anthem,’” she said. “I knew the song was helping me, but seeing what a difference it had had on this woman’s life made me realize there was something to this song. People need to hear this, it’s connecting to people’s lives. This is going to help.” 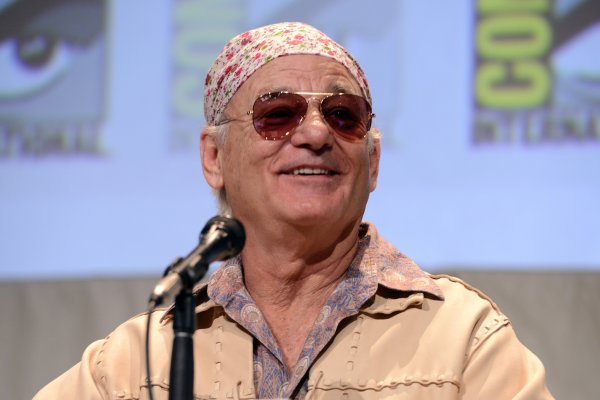 This Is Why Bill Murray Agreed to Appear in the Next Ghostbusters Film
Next Up: Editor's Pick