Tens of thousands of Hindu pilgrims have participated in the traditional washing away of sins at Kumbh Mela Festival in western Indian since the festival began this past weekend.

The festival, which is held every third year, is considered one of the world’s largest gatherings and lasts more than a month. Despite the length of the festival, bathers only have a few seconds to bathe in order to make time for others. Millions are expected to participate before the end of this year’s festival, Agence France-Presse reports.

This year, the festival has attracted attention for its ban on pilgrims taking selfies, reportedly a measure designed to help manage crowds. 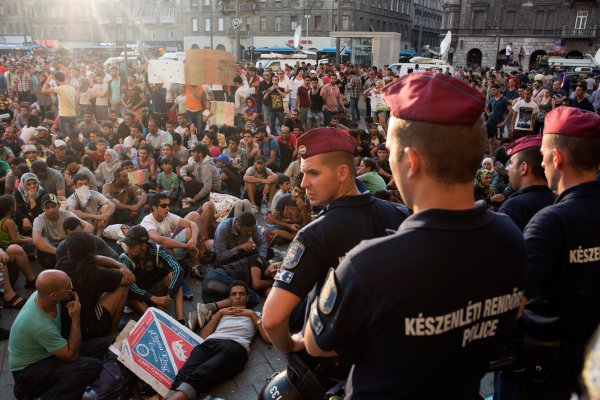 Migrants Turn Budapest Into Choke Point of Crisis
Next Up: Editor's Pick