Investors have a rest at a stock exchange hall on August 26, 2015 in Haikou, China.
ChinaFotoPress—ChinaFotoPress via Getty Images
By Hannah Beech / Beijing

On Sept. 2, the sky over Beijing, often polluted, shone a brilliant blue. Red flags flapped. There was only one glitch: when the Shanghai bourse opened on Wednesday morning, shares nosedived more than 4%. By the trading day’s end, the exchange had almost clawed its way back to positive territory, closing down 0.4%, as regulators rushed forward with a grab bag of rescue measures. But the stock fluctuation—capping a summer that has erased the year’s domestic market gains and caused jitters in overseas bourses—must have been embarrassing for Xi with so many national leaders in town to celebrate China’s triumphal rise.

Under the leadership of the Communist Party, China has transformed from a state of war-ravaged chaos into a rising superpower boasting the world’s second-largest economy. The V-Day parade is supposed to not only show off the latest in Chinese military technology but also prove just how far China has come since the devastation of World War II. China’s economy, though, is slowing and the stock market has refused to entirely heed the state’s ministrations. On Tuesday, Foreign Ministry spokesperson Hua Chunying refuted speculation about tough times ahead. “China’s economy,” she told reporters, “shows no signs of a hard landing.”

But even if China does avoid a sharp downturn, it’s also clear that Beijing can no longer count on the frothy growth rates of the past two decades. For the Communist Party, which has tied its legitimacy to lifting hundreds of millions out of poverty and delivering to them middle-class lifestyles, this new normal brings with it questions of how to sustain the loyalty of the masses. Military parades and appeals to patriotic pride may help.

“Whatever Xi’s ideas were before about nationalism, with the economy in its current state, he needs something to give him space,” says James Carter, a professor of history and China expert at St. Joseph’s University in Philadelphia. “It’s an old trick and he’s using it.” Cue the sound of more than 12,000 soldiers parading past Tiananmen Square. Perhaps conveniently, the stock market will be closed both Thursday and Friday, in deference to the V-Day parade. 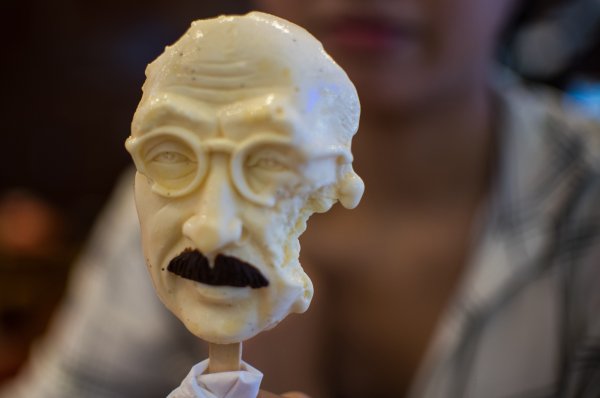