A woman sells an ice cream in the shape of executed Japanese war criminal Hideki Tojo at an ice cream store in Shanghai on Sept. 2, 2015
Johannes Eisele—AFP/Getty Images
By Helen Regan

A Chinese ice cream company has launched a controversial creation to mark the 70th anniversary of the end of World War II and China’s war against Japan.

The ice cream has received mixed reviews from people on Chinese social media.

“Doesn’t the thought of putting an evil man’s head in your mouth make you feel sick?” said one user on the Chinese social network Weibo, according to a translation by the BBC.

“It’s hilarious, but I have always thought that phase of history isn’t fit for consumption,” said another.

China will commemorate the 70th anniversary of the end of World War II with a huge military parade in Beijing on Sept. 3. 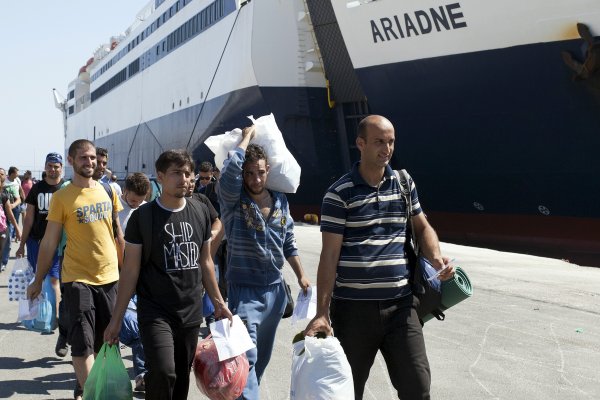 Refugees Continue Flocking to Greece
Next Up: Editor's Pick