Refugees and migrants carry their belongings while boarding the passenger ship Tera Jet heading to the port of Piraeus, on the Greek island of Lesbos, on Sept. 1, 2015
Dimitris Michalakis—Reuters
By Nash Jenkins

A ferry carrying 1,749 refugees and migrants docked in Piraeus, 7 miles south of Athens, on Tuesday night; 2,500 more were expected to arrive on Wednesday morning, the BBC reports

The new arrivals will continue to put pressure on Greece, which state officials insist lacks the means to cope.

Of the 160,000 migrants who have landed on Greek shores thus far this year, 23,000 arrived last week alone, prompting President Prokopis Pavlopoulos to reach out to his fellow European leaders for assistance, the BBC says.

Greece is a major terminal for refugees from the Middle East, who frequently begin their journeys across Europe after arriving via ferry at ports near Athens or other Greek cities. A large percentage of them comes from Syria, where a massive civil war has raged since 2011.

The influx has rattled Europe’s leaders. In an interview with the Singaporean press in early August, U.K. Foreign Secretary Philip Hammond controversially remarked that the tide of displaced peoples arriving on the continent’s shores threatened to seriously disturb the standards and stability of European life. 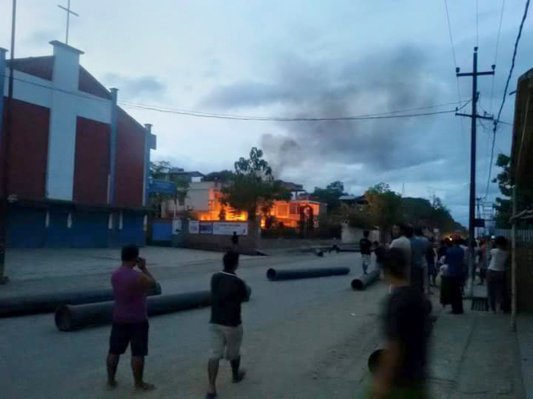 Eight Killed in Tribal Protests in India
Next Up: Editor's Pick