One of India’s largest Hindu festivals has set up “no-selfie zones,” in an effort to manage the immense crowds that are expected to attend over the course of this month.

The selfie embargo at the Kumbh Mela — a biennial Hindu pilgrimage and one of the world’s largest gatherings — was instituted after tests using a real crowd, the Indian Express newspaper reported.

The tests found that when people stop to take pictures of themselves at the festival, it slows down the flow of people and bottlenecks form quickly. “They also climb to dangerous spots to take selfies,” Sandip Shinde, CEO of a firm that is helping authorities monitor the festival, told the Express.

Crushes and stampedes are sadly all too common at Indian mass gatherings, with enormous crowds overwhelming buildings and spaces that were never designed to hold them. At least 27 people were trampled to death on July 14 at another religious gathering in the southern state of Andhra Pradesh, coincidentally on the same day the Kumbh Mela began.

At Kumbh Mela, attendees will be prohibited from taking selfies in certain areas and on certain days — particularly during the Shahi Snan ritual that involves tens of thousands of people taking a dip in the holy Godavari River. Authorities estimate that nearly 3 million people have already visited the festival grounds in the western city of Nashik and millions more are expected. 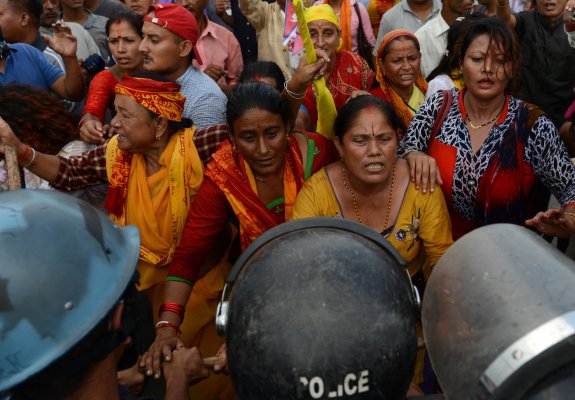 5 Killed in Nepal Amid Protests
Next Up: Editor's Pick