Palestinians ride a horse cart past a house, that witnesses said was destroyed by Israeli shelling during a 50-day war last summer, in Beit Lahiya town in the northern Gaza Strip on Aug. 25, 2015.
Mohammed Salem—Reuters
By Jack Linshi

The Gaza Strip could become “uninhabitable” within five years, a United Nations report released Tuesday warns, as a result of Israeli military operations and a nearly decade-long blockade that have crippled its economy and infrastructure.

Gaza, a small territory that’s home to about 1.8 million Palestinians, had “no time for meaningful reconstruction or economic recovery” after eight years of a devastating Israeli economic blockade, wrote the United Nations Conference on Trade and Development (UNCTAD) in its annual report. The agency, which has provided assistance to displaced Palestinians, also attributed the impoverished conditions to three successive Israeli military operations over the past six years.

“The social, health and security-related ramifications of the high population density and overcrowding are among the factors that may render Gaza unliveable by 2020, if present trends continue,” the U.N. report said. “Reconstruction efforts are extremely slow relative to the magnitude of devastation, and Gaza’s local economy did not have a chance to recover.”

The most recent Israeli military operation in 2014 left more than 20,000 Palestinian homes, 148 schools and 60 healthcare centers in Gaza damaged or destroyed, according to the U.N.

Correction: This article originally misstated the period when buildings in Gaza sustained damage as detailed by the U.N. report. It was during the war of 2014. 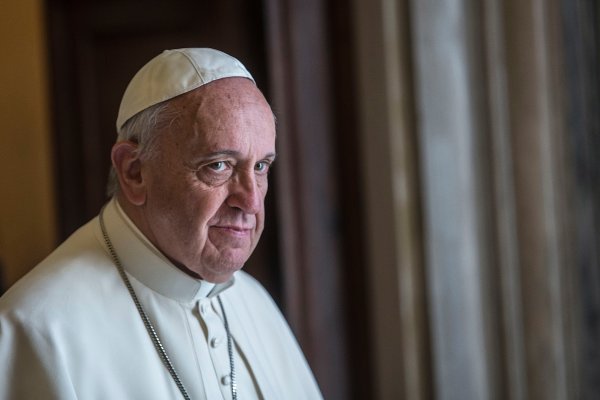 What the Pope's Letter on Abortion Really Means
Next Up: Editor's Pick