This Email Formula Can Help Speed Up Your Boss's Response

Elizabeth Renstrom for TIME
By Alex Cavoulacos / The Muse

I know, I know, your manager can be the worst. You’d totally be able to do your job perfectly, if only she gave you the answers you asked for when you asked for them. Well, take it from me, as both a former consultant who had dozens of managers and as a manager of many teams now, if you’re not getting answers quickly, it’s likely that you’re partially to blame.

Hear me out. Your manager isn’t totally off the hook here. However, there is something you can do to get a faster response (that doesn’t involve sending “just following up on this” emails). And it’s as simple as these three letters: C+A+O—context, alternatives, and outcomes. All three are needed to make any decision, so putting them all together in an email works like magic.

Let’s use an example: You want to shorten the client onboarding process, and you need your boss to approve spending money on a third-party scheduling tool to realistically make that happen. The catch—your boss usually says no to big budget requests.

In this situation, you can send one of two emails:

1: “Can we get extra budget to get third-party tools?”

2: The bad boy outlined below:

Before anything else, you need to provide context. It may be obvious to you that this issue is important or urgent, but your manager likely spends less time than you on this particular area. By starting with the big picture, the specific question or challenge, and the impact on the company, you will put him or her in the right mindset to be engaged and consider your request. Make sure you explain why he should care:

As discussed in our last meeting, shortening client onboarding is a departmental goal to support the company-wide initiative to increase profitability. I’ve noticed that one of the biggest bottlenecks is the back-and-forth involved in scheduling the initial call with clients. Scheduling alone contributes to 30% of the average onboarding time, so shortening this could make a big impact.

Now that you’ve laid out the situation so clearly, your manager’s ears should perk up. “A way to help me reach my goals and look good in front of my boss? Tell me more…” she’ll say.

Careful now, because here’s where many well-intentioned professionals trip up. Just laying out the problem isn’t enough—you need to lay out the solutions, too. And not just one solution, but a few. Research show that too many choices can paralyze the decision maker, but having only one option puts you at risk of proposing a solution your boss doesn’t like or that’s hard to justify. With two to four options, your manager can compare and contrast—and will frequently come to the same solution that you did.

So, back to our email:

There are three possible solutions, with varying costs and speeds of implementation. First, we could try different email scripts or switch to phone conversations, which would cost nothing but require time up front to train the team.

The second option would be testing out a low-cost third-party tool to give clients real-time options to choose from, eliminating the back-and-forth. The tools I’ve looked at range from $15 per user per month (which would be $3,060/year for a team of our size) to an $8,500 license, and I expect implementation would be comparable to option one.

Finally, we could consider building scheduling into our onboarding flow, which would require engineering team resources internally and may take a little more time to get approval for and execute.

Now, a manager who’s worried about the budget would better understand why you’re suggesting a paid option—when it comes to resources and time (in addition to budget), spending the money suddenly makes more sense.

Here comes the close: Tell her what she gets for each of these options. Don’t be afraid to use this space to give your recommendation and show off your thought process and judgment.

My estimates are that with option one, we could cut one to two days from the process, while options two and three could drop it by as much as five to six days. My recommendation would be to start with one of the cheaper third-party tools, which would be a $3,000 investment and could be implemented within 10 days. If this works for you, I can set that up and train the team on how to use this new tool.

If I were your boss, I’d say yes to that immediately because you’re making the decision easy.

Compare this email exchange to one from the beginning that just straight-up asked for money. The C+A+O version certainly takes longer to write, but the latter requires several back-and-forth emails, which—going back to your original problem—only delays your ability to move forward.

I can (almost) promise that once you supply your manager with enough information, you’ve shortened the process and gotten much closer to get a yes. Or, at the very least, a genuine “I’ll think about it.”

This post is in partnership with The Muse. The article above was originally published on The Muse 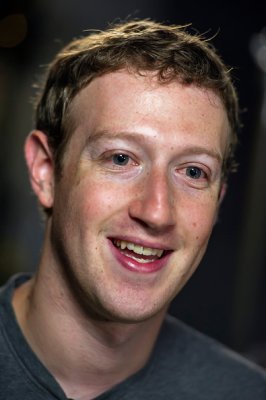 7 Life Hacks From Mark Zuckerberg, Richard Branson, Elon Musk and Other Billionaires
Next Up: Editor's Pick