The good news is the Pentagon is finally pitting its tried-and-true A-10 Warthog against its brand-new F-35 Lightning II to see which one is better when it comes to helping out troops on the ground. The bad news is such testing won’t start for another three years, when the military will be too invested in the F-35 to do much about it.

In other words, the test will come too late to make much difference—for either the grunts on the ground, or the taxpayers footing the $400 billion bill for 2,457 of the planes Lockheed Martin is building for the Air Force, Marines and Navy.

“This is the endgame of a premeditated strategy that has led to this totally absurd situation,” says Chuck Spinney, a retired Pentagon warplane analyst. “It brings into sharp relief the whole way we buy our weapons.”

While some are cheering the aerial duel as a necessary sizing up of the two warplanes the Pentagon is counting on to keep American troops safe on 21st century battlefields, that misses a key point by a mile: the tardy testing highlights the second half of a two-act Pentagon play designed to make the F-35 a fait accompli:

• The opening act began with what’s known in the weapons-building trade as “concurrency”—letting something be designed and produced at the same time. Over the past decade, concurrency allowed production contracts to be spread around the country (45 of 50 states are building parts of the F-35) and, indeed, the world (11 nations are helping the U.S. build the plane). That has given it momentum on Capitol Hill.

• In the closing act, concurrency has delayed testing of the aircraft for years—including against the A-10—ensuring its production no matter what the belated testing might uncover.

Or, as they sometimes say at the Pentagon: too early to tell, too late to stop.

Concurrency’s cost could be seen late Tuesday, when the Pentagon announced a $311 million contract award to Lockheed for “retrofit modification hardware,” a common result of trying to build weapons when their blueprints remain in flux.

The A-10, with its single mission of protecting the grunts on the ground with its fierce 30mm cannon, has long been the favorite of soldiers and Marines who find themselves pinned down by enemy forces. But it’s that very attribute—that the heavily-armored A-10 is dedicated to a single mission—that has made the `hog vulnerable in an increasingly tight budgetary environment. Scrapping it, as the Air Force proposes, would save $4 billion over five years, the service estimates.

The F-35, on the other hand, is a Swiss-army-knife kind of warplane. The Air Force, Marines and Navy all had to compromise to come up with a design they could share. Outfitted to perform several missions—it can fly off aircraft carriers, drop bombs and shoot at other airplanes—it can’t excel at any of them. “The idea that we could produce a committee design that is good for everybody is fundamentally wrong,” declares retired general Merrill McPeak, a fighter pilot who served as Air Force chief of staff as the F-35’s development got underway in the early 1990s.

The Pentagon’s operational testing office issued a grim assessment of the most-costly weapons system in history in its latest annual report earlier this year. “Overall suitability continues to be less than desired by the Services, and relies heavily on contractor support and unacceptable workarounds,” it said, “but has shown some improvement.”

Michael Gilmore, director of the testing office, said last week that his office will send out separate formations of each plane to conduct what the military calls “close air support” missions. Such testing will highlight “capability gaps” between the F-35 and A-10. “It’s really not wise to guess,” he said. “You have to go out and get data and do a thorough and rigorous evaluation.”

That’s the only way, Air Force officials say, to know where to spend more money on the F-35 to make up for any shortcomings it might have compared to the 40-year-old A-10. 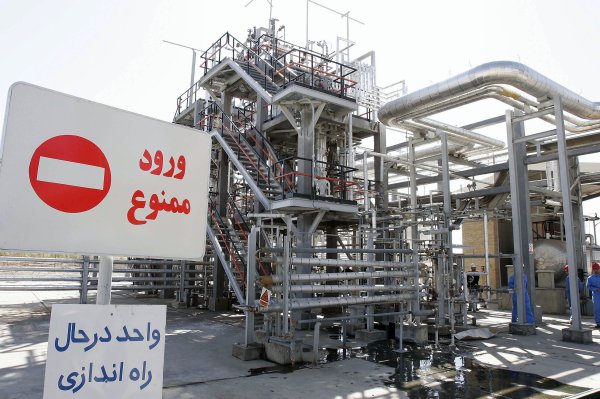