Here's How Many Trees Humans Cut Down Each Year

Trees play a crucial role supporting life across the globe, producing oxygen and absorbing climate change-causing carbon dioxide. But, despite the plant’s importance, humans have had little idea how many trees actually live on planet Earth.

Now, new research published in the journal Nature suggests the world is home to more than 3 trillion trees. Humans throughout history have played a key role in determining the number of living trees, researchers note. People cut down 15 billion trees each year and the global tree count has fallen by 46% since the beginning of human civilization.

Previous estimates, collected by satellite imaging, suggested that just over 400 billion trees live around the world. Thomas Crowther, a Yale University researcher who lead the study, and his co-authors looked at more than 400,000 measurements collected from sites on the ground on six continents to derive a more accurate figure.

Trees occupy nearly every corner of the globe, but the study shows coverage is far from even and factors like moisture and warmth play a role in how many trees exist in a given area. The cold and dry climate in the boreal biome, Northern latitude forests located below the Arctic zone, has allowed that region to develop the highest density of trees.

Still, human activity is the greatest predictor of whether trees will survive in a given area. Losses are currently most dramatic in the tropical regions as land is cleared for agriculture and other commercial purposes, but they occur across the globe.

“The factors driving tree density vary dramatically across the biomes,” said Crowther. “But the one feature that stayed consistent across all of them was the negative impact of humans.”

Researchers say the findings may help inform conservation and environmental policy. The study began when representatives from Plant for the Planet, an environmental group that advocates tree planting, approached researchers about an initiative to plant 1 billion trees around the world in hopes of increasing carbon absorption. The discovery that 1 billion trees only represents a small fraction of global trees hasn’t discouraged campaigners, Crowther said. Instead, the group is simply planning to plant more trees.

“The changing of the scale of these estimates definitely has big implications for reforestation and re-greening projects,” said study author Thomas Crowther, a Yale University researcher. “People just want to have the baseline understanding, in order for them to start setting their targets.” 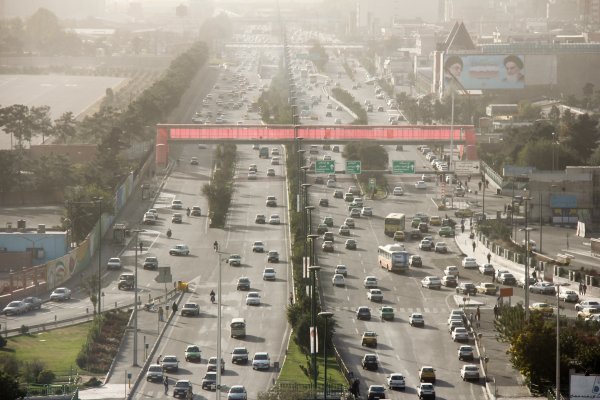 The Strange Cause of Air Pollution Decline in the Middle East
Next Up: Editor's Pick