Survey: 15% of Med Students in the U.K. Have Considered Suicide

A doctor holds a stethoscope on September 5, 2012 in Berlin, Germany.
Adam Berry—Getty Images
By Mandy Oaklander

Before medical students earn their MDs and start the hard work of being doctors, they have to make it through medical school—and that can be a grueling time, according to the results of a new survey published in the journal Student BMJ.

MORE: Why The Toxic Treatment Of Doctors Needs To Change

The survey was small and therefore not necessarily representative of all doctors in training in that country; the number of people who completed it represent only about 2% of medical students in the UK, according to the paper. But the answers highlight the stress that some doctors experience. Fierce competition between students and unforgiving exam schedule are some of the reasons that mental health issues are so prevalent, the authors say.

More than 8% of the students in the survey reported using brain-enhancing drugs for academic reasons. “As a postgraduate student studying undergraduate medicine I worry for my younger colleagues,” said one student in the survey. “I am stunned by the amount who take prescription medication during exam time.”

Mental health problems are stigmatized in medicine, and that attitude trickles down from the highest reaches of the medical hierarchy, the survey authors say. TIME’s recent story on the mental health of American physicians shows that the many stresses of medicine only tend to get worse after medical school, and many young training physicians have high levels of depression and anxiety. Up to 400 American physicians die by suicide every year, according to the American Foundation for Suicide Prevention.

Administrators are actively trying to figure out how to reduce the stigma associated with asking for or needed help with their mental health. At the University of Cardiff, for instance, students can refer themselves, without consequence, for mental health help, and the referrals have increased fourfold since the program began.

Not everyone who had a mental health issue in medical school felt unsupported, the survey also found. Nearly 60% of students with an issue—but without suicidal thoughts—said they felt well supported by their school. “I couldn’t ask for better support from my medical school,” one student wrote. “I was embarrassed to approach them—but they were great and so understanding.” 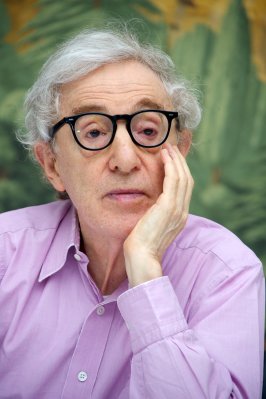 Why Neurotics Might Be More Creative
Next Up: Editor's Pick