Women and minorities may own a growing number of small businesses, but the news isn’t so rosy on the revenue side, the Pew Research Center reported on Tuesday.

The report, which is based on preliminary results from the Census Bureau’s Survey of Business Owners, shows that of the more than $14 trillion in revenues from sales reported in 2012, only $1.6 trillion, or 11.3%, went to female-owned businesses. Businesses owned by men took in 79% of sales.

As of 2012, the report shows men still owned more than half of the United States’ 27.6 million firms. Women, by comparison, only owned about 36% of businesses, up from 29% in 2007. But even in sectors with with many female business leaders, women haven’t always been as successful as their numbers suggest. In the heavily female educational market, women took in only about a quarter of revenues.

The report shows similar inequality exists for businesses owned by members of minority groups: 29% of all small businesses were owned by blacks or Asians in 2012 (roughly 12% were owned by Hispanics, who Pew notes can be of any race), but just over 10% of total sales revenue went to minority-owned businesses. Lower revenues of companies owned by women and minorities means that there’s fewer dollars left to pay employees, which can keep those businesses from advancing and growing.

The Census Bureau will release the full Survey of Business Owners in December. 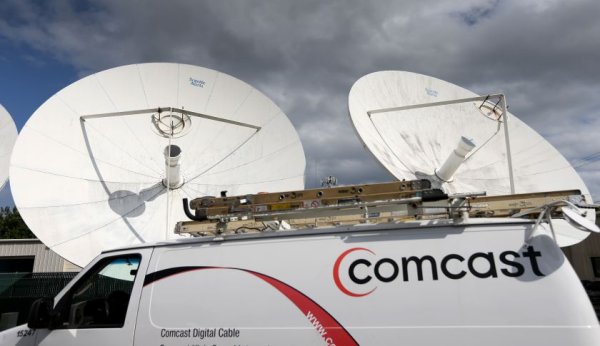 This Is How Much Comcast Is Charging For Unlimited Data
Next Up: Editor's Pick