You Asked: Why Are My Hangovers Getting Worse?

There were times in college when you swallowed enough beer to slake a small Irish village and somehow recovered in time to do it again the following night. These days, you have a couple pints or a martini and wake up feeling like Floyd Mayweather’s punching bag—in an achy, tremulous state that lingers for days. What’s the deal with that?

Hangovers are fickle beasts. Experts who study them still can’t agree on many of the details, says Dr. Rachel Vreeman, director of research at Indiana University’s Center for Global Health. Alcohol-induced dehydration, hormone dysregulation and inflammation all seem to play a part in your next-morning blues. But which one of those is most to blame is still being debated, Vreeman says.

Research suggests certain compounds or impurities found in alcoholic drinks, like congeners, tannins and sulfites, may exacerbate aspects of your hangover. The presence of these compounds might explain why certain types of booze seem to intensify your next-morning blues.

That said, your drink’s alcohol content—the amount of ethanol it contains—is always going to be the principal driver of a hangover, says Dr. Michael Oshinsky, a neuroscientist with the National Institutes of Health.

Oshinsky says your liver breaks down ethanol into a toxic chemical compound called acetaldehyde, which is then converted into another toxin called acetate. This acetate conversion happens throughout your body, including in the tissues of your brain, his experiments show. These circulating levels of acetaldehyde and acetate—and the inflammation they cause—are the root cause of your headache.

While there’s not a lot of good research on hangovers and aging, Vreeman says the process by which your body manages these chemical byproducts may grow less efficient as you get older. One study from South Korea suggests your liver’s production of enzymes and antioxidants that break down alcohol into acetaldehyde may decrease as you age. “You might have more of those toxic chemicals hanging around,” Vreeman says.

More bad news: An aging body just won’t bounce back from alcohol-induced inflammation and cell damage the way a younger one would, Vreeman says.

If you have kids, you know a toddler’s bruised knee or scraped knuckle miraculously heals in a day or two, while a cut on your finger might linger for a week or more. Likewise, you may remember easily recovering from heavy exercise during your teens or twenties, but now a long workout may leave you sore for days. The National Institute on Aging refers to this as “immunosenescence,” or the gradual weakening of your immune system as you age. It’s not that your body doesn’t heal; in many cases, it just doesn’t heal quite as quickly, research suggests.

Lots of other factors may play a role in your increasingly harsh hangovers. Body fat, hormonal changes and even your willingness to gorge on post-bar pizza may factor into the severity of your next-day headache or nausea. But when you distill all the research, your worsening hangovers should probably be lumped in with wrinkles, gray hairs, and all the other unfortunate-but-inevitable realities of aging.

Of course, you’re also wiser than your hard-drinking younger self. So when the bartender asks if you’ll have another, order a glass of water instead. 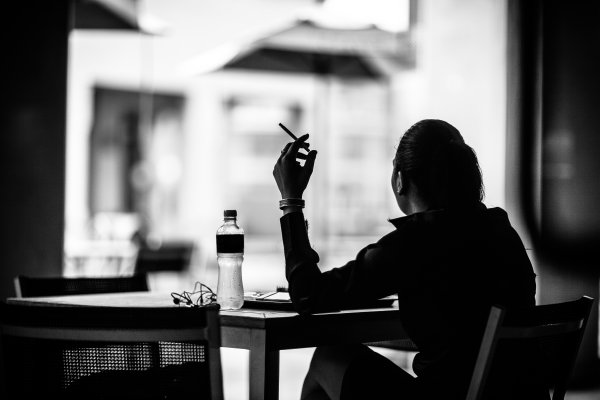