This Is the First Item Ever Sold on eBay

In honor of eBay’s 20th anniversary Thursday, note that one of the most valuable brands on the Internet started with the sale of one of the least valuable items imaginable: a broken laser pointer.

Over Labor Day weekend in 1995, the site’s founder Pierre Omidyar wrote code for “AuctionWeb” and launched it as a personal project out of a spare bedroom in his Silicon Valley town house. He had bought a $30 laser pointer with the intention of using it to make flashy presentations, but ended up using it to make his cat chase the red dot, according to The Perfect Store: Inside eBay, a book written by former TIME senior writer Adam Cohen. Omidyar decided to list the $30 laser pointer, which broke two weeks after it was purchased, because “it would be a good way to test out AuctionWeb, he figured, and it would cost him nothing,” Cohen wrote. In the listing, he admitted the item didn’t work, even with new batteries. While no one bid on it for a week, a bidding war started the next week, and the product first listed for $1 ended up selling for $14.83.

Four years later, Cohen wrote, AuctionWeb — known as eBay — had grown to be an “online retailer valued at more than Sears, or Kmart and JCPenny.” Today, Forbes reports Omidyar’s personal net worth is $8.4 billion and lists the site as one of the “50 most valuable brands in the world. It boasts 157 million buyers, about 25 million sellers, and 800 million listings.”

Read Next: The 20 Weirdest Things Ever Sold on eBay 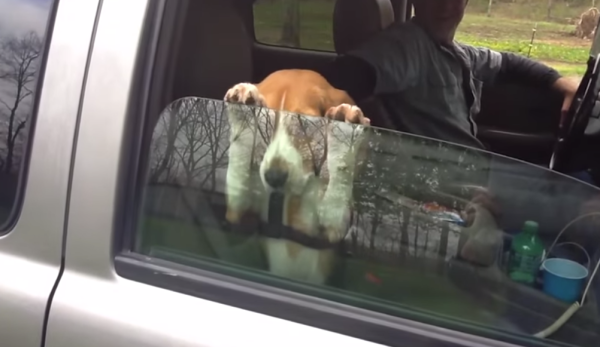 Look How Hard This Beagle Puppy Works to Keep the Car Window Open
Next Up: Editor's Pick