NASA’s New Horizons spacecraft completed its near decade-long mission to Pluto with a flyby of the dwarf planet and its moons in July, capturing the best images we have to date.

NASA has collected these images into the above animation, showing the flyby from the spacecraft’s point of view, including a close encounter with Pluto, a pass behind the planet revealing its atmospheric glow lit by the sun, and a pass behind Charon, Pluto’s largest moon. The animation ends with a wide view of Pluto and Charon as New Horizons makes its departure.

After New Horizons left Pluto behind, NASA announced a potential new destination for the spacecraft: a Kuiper Belt object (KBO) known as 2014 MU69 that is nearly a billion miles away from Pluto. “2014 MU69 is a great choice because it is just the kind of ancient KBO, formed where it orbits now, that the Decadal Survey desired us to fly by,” New Horizons Principal Investigator Alan Stern, of the Southwest Research Institute (SwRI) in Boulder, Colo., said in a press release. “Moreover, this KBO costs less fuel to reach [than other candidate targets], leaving more fuel for the flyby, for ancillary science, and greater fuel reserves to protect against the unforeseen.” 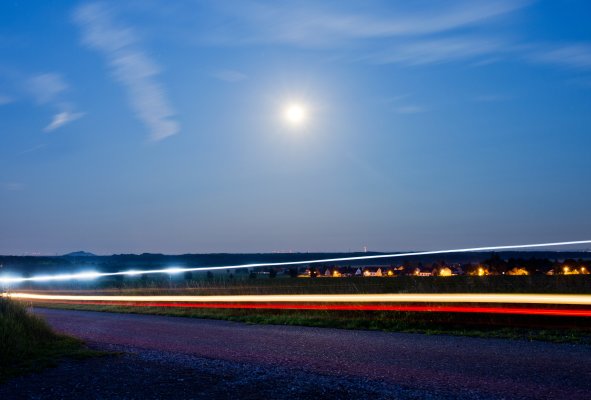 See Photos of Last Night's 'Supermoon'
Next Up: Editor's Pick