In his monologue, Fallon joked that the politician showed up in one of Miley Cyrus’s outfits from the MTV Video Music Awards.

During the interview, Christie said he would “go nuclear” if he does not get enough questions directed towards him at the next GOP primary debate.

He also told a story about how he and Marco Rubio stayed with Mitt Romney’s family the night before the July 4 parade in Wolfeboro, New Hampshire. When Christie said the families all went on a boat ride to get ice cream, Fallon joked that the pol’s reaction to getting ice cream must have been “Yahoo!” That’s when the N.J. politician jokingly walked off the stage. When he “cooled off” and sat back down, he told the comedian, “If I ever leave public life, you’re going to have to hire two writers just to replace the garbage you say about me.” 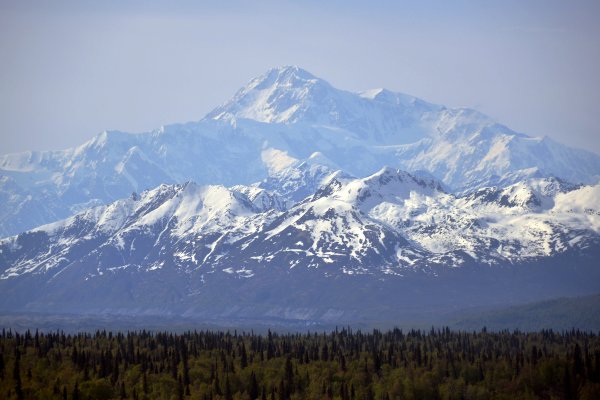 Here's How Denali Became Mount McKinley in the First Place
Next Up: Editor's Pick