Middle-aged Americans have one more reason to keep an eye on the scale as they age: research shows that people who are overweight when they are 50 years old may be more likely to develop Alzheimer’s sooner than those that are a healthy weight.

Scientists at the National Institutes of Health studied midlife obesity’s connection to Alzheimer’s and announced in a study published Tuesday in the journal Molecular Psychiatry that they had found a connection between being overweight or obese in middle age and developing Alzheimer’s.

“Maintaining a healthy BMI at midlife is likely to have long-lasting protective effects,” Dr. Madhav Thambisetty, lead author of the study and a researcher at the NIH’s National Institute on Aging, told the Associated Press.

BMI stands for body mass index, a common medical indicator that takes the ratio of a person’s weight to height. The medical community normally considers a BMI of 25 to be overweight.

The research team used the Baltimore Longitudinal Study of Aging, a project developed to track how healthy people age, to find the correlation. The study used the records of approximately 1,400 people who’d taken regular cognitive tests for 14 years; 142 of them developed Alzheimer’s. The researchers then used the records of those 142 people to figure out their BMI and discovered that every increasing step up on BMI charts meant Alzheimer’s struck 6 1/2 months sooner.

Researchers aren’t sure if the reverse—having a healthy BMI and being slim—are indicators of not developing Alzheimer’s later on. They’re also not sure if losing weight after age 50 lessens the impact or delays Alzheimer’s.

Regardless, it’s a result that has many worried, particularly given the increasingly large population of obese middle-aged adults across the world. About 46 million people currently suffer from Alzheimer’s disease, with the number projected to double in the next 20 years. 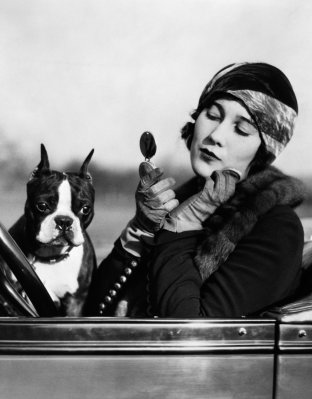 How to Age When Your Celebrity Peers Don't
Next Up: Editor's Pick