Bear Grylls in The Island.
NBC
By Tara John

One is an American politician known for a scholarly manner and a passion for golf. The other is an English ex-soldier who is best known for drinking his own urine and eating absolutely anything in order to survive. On Tuesday, President Barack Obama and Bear Grylls will hike along Alaska’s Exit Glacier to illustrate the effect of climate change. How they will get along is anyone’s guess.

The expedition will be filmed for Gryll’s TV show Running Wild, which will be broadcast on NBC later this year. Obama joins celebrities including Kate Winslet, Michael B. Jordan and Michelle Rodriguez who have already been on dangerous expeditions with Grylls.

Grylls has made a television career out of putting himself and other people in dangerous situations and then getting through them alive. On his shows, Grylls has advocated the benefits of drinking urine and encouraged Fast and Furious actress Michelle Rodriguez to eat a mouse stewed in it.

Petitioners have also asked the White House to “Make President Obama drink his own urine while filming “Running Wild with Bear Grylls” in Alaska.” So far 314 have signed the petition although Grylls has signalled his opposition:

Obama’s trip is unlikely to be the most dangerous of the series. “I will not deny your suspicion that there may have been some suggestions put forward by the Bear Grylls team that were not approved by the Secret Service,” said White House Press Secretary, Josh Earnest, to reporters travelling to Alaska on Air Force One.

Edward Grylls, who was given the nickname ‘Bear’ by his sister, was born in the U.K. and was educated at the same school as Princes Harry and William, Eton College. After leaving university, the reality show star joined the United Kingdom Special Forces Reserve. After being almost paralysed in a training parachute jump in Africa, reports Men’s Journal, Grylls vowed to climb Mount Everest if he ever walked again. Two years later, at 23, he became the youngest Englishman to reach the world’s tallest peak.

Over the past two decades, Grylls has racked up an impressive list of records: He is the first to cross the North Atlantic in an inflatable boat, the first person to circumnavigate the U.K. on a jet ski, has set a Guinness world record for longest indoor free-fall and led the team that set a world record for highest open air formal dinner at 25,000ft, suspended from a hot-air balloon.

As the Washington Post notes, his shows are a cross between Fear Factor and Survivor, without the prize money. His shows have featured him drinking water squeezed out of camel dung, giving himself an enema with fetid water and eating raw snake, maggots and crucifix spiders.

The 41-year-old has also written children’s books and was appointed Chief Scout of the U.K.’s Scout Association. “I’ve got a dream job,” he told Outside magazine in 2010, “if someone had told me then, when I was climbing trees and caked in mud, that one day I’ll have a job doing the exact same thing, I would have thought it was heaven.” 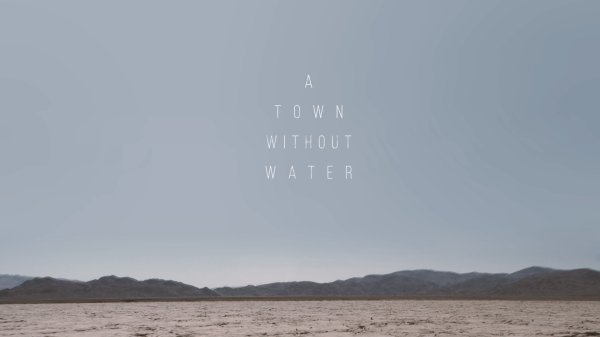 How a Town in California Is Trying to Survive Without Water
Next Up: Editor's Pick