Unlike champion boxer Floyd Mayweather Jr., who has gone 48 fights without a loss and plans to retire after equaling the world record of 49, Britain’s Robin Deakin had lost 51 consecutive bouts until his victory on points against unheralded Latvian Deniss Kornilovs in London on Saturday.

Deakin won 40 out of 75 fights as an amateur but his professional losing streak is the longest recorded, according to Australian news portal news.com.au. Saturday’s victory was Deakin’s first since his pro debut in 2006 (the only other fight he’s ever won), according to U.K. tabloid the Daily Mirror.

The 29-year-old pugilist from Essex, who calls himself the “real-life Rocky” after the iconic fictional champ played by Sylvester Stallone, previously had his British boxing license revoked because authorities didn’t think he’d ever win. For the fight against Kornilovs, he was boxing under a license from the island nation of Malta, news.com.au reported.

After the fight, he took to Twitter to express the joy of victory. 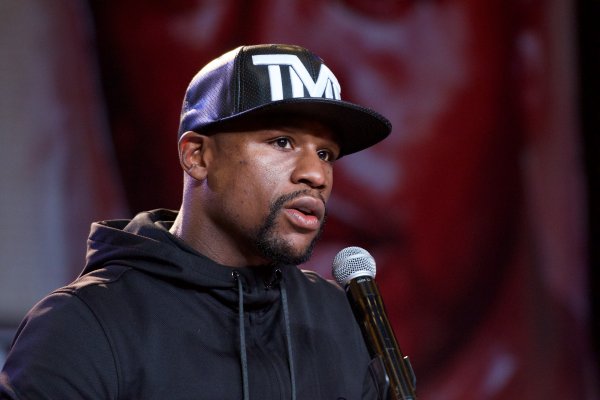 Here's Floyd Mayweather Playing With a Huge Pile of Money
Next Up: Editor's Pick