An employee of Japan's iconic Hotel Okura greets customers at an entrance in Tokyo on Aug. 31, 2015
Kazuhiro Nogi—AFP/Getty Images
By Mark Rivett-Carnac

The doors of Hotel Okura — an icon of Japanese modernist design — have finally shut. The 1960s landmark, which has welcomed a bevy of storied guests including U.S. President Barack Obama in 2009, is scheduled for demolition later this month.

The hotel was built in 1962 in time for the 1964 Tokyo Olympics. Since its opening, the hotel has remained practically unchanged. Attendants still wear kimonos and guests can visit salons to play traditional Japanese board game, Go. But after half a century, the hotel’s management said the building is in need of redevelopment to meet demands of, somewhat ironically, the 2020 Olympics, the BBC reports.

“It is difficult for us now to provide a top Japanese hotel due to the building’s age,” an Okura spokeswoman told news agency Agence France-Presse.

Since opening, Hotel Okura has been a favorite haven for world leaders, dignitaries and movie stars, though also became something of a celebrity in its own right after appearing in the James Bond film, You Only Live Twice.

Two glass towers will replace the original structure, despite a determined online campaign to preserve the building launched by British design magazine, Monocle. It called the closure “a heartbreaking and irreparable loss.”

“It is a destruction of culture,” Tadashi Yamane, a professor of urban design at Tokyo City University, told AFP. “This building is a one and only, which truly integrates Japanese aesthetics with a Western-style hotel.”

The new building will be born from the same linage as the original. The tower’s architect, Yoshio Taniguchi, is the son of one of the original building’s principle architects. The new design will reach 41 stories with 510 rooms. It is scheduled to open in 2019. 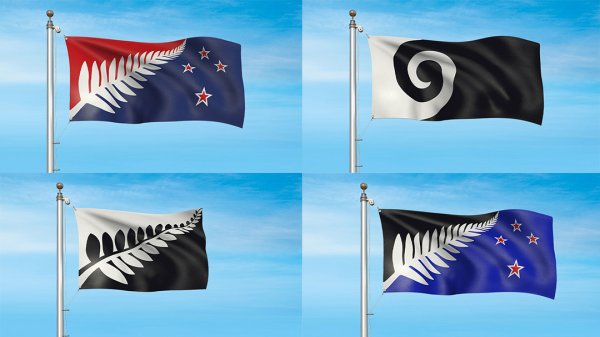 These Are the Final Four Designs for New Zealand's New National Flag
Next Up: Editor's Pick