Not all of the 7,000 emails in Hillary Clinton’s inbox released Monday were serious. A handful of them showed some of the weirder parts of her job or inadvertently revealed her personality.

Here are seven fun things we learned from the latest batch of Clinton emails.

The State Department help desk was confused by her email.

In a Feb. 27, 2010, email, a State Department help desk analyst asked if she could receive email. Clinton’s assistant, Huma Abedin, clarified in a follow-up that the help desk hadn’t recognized Clinton’s private address while troubleshooting.

“They had no idea it was YOU, just some random email address so they emailed,” Abedin wrote.

She was serious about two TV shows.

In a Jan. 3, 2010, email to State Department staffer Monica Hanley, Clinton asked when two shows aired, apparently because she was making them appointment TV: “Parks and Recreation” and “The Good Wife.”

“Can you give me times for two TV shows?” she asked.

She had to ask about her own voting record.

In a Dec. 30, 2010, email to State Department staffer Miguel Rodriguez, Clinton asked about her own voting record as New York Senator and how it might relate to the looming standoff over the debt ceiling.

“Can you pls tell me how many times I voted against raising the debt limit?” she asked. (The answer was three times, plus two times she didn’t vote and one vote for a failed amendment.)

She asked staffers about gefilte fish.

In a March 5, 2010, email to State Department staffers Richard Verma and Jacob Sullivan, Clinton for some reason asked about gefilte fish, the famously controversial Jewish delicacy. (According to Tablet magazine writer Yair Rosenberg, Clinton was asking about a blocked U.S. shipment of carp to Israel.)

“Where are we on this?” she asked.

She joked about a bank robber who wore a Hillary Clinton mask.

In a December 2010 email thread, Clinton, staffer Cheryl Mills and lawyer David Kendall joked about a news story about a man who robbed a bank wearing a Hillary mask.

“Should I be flattered? Even a little bit?” Clinton asked. Mills dug into it and found 11 times bank robbers wore Richard Nixon masks “perhaps not surprisingly.”

She had high praise for one of her Democratic opponents.

In an April 25, 2010, email to Maryland Sen. Barb Mikulski, Clinton asked about then-Gov. Martin O’Malley, who is now running against her for the presidential nomination.

“How’s our friend, Martin, doing?” she wrote. “I know he has a rematch when he should be reelected by acclamation for steering the ship of state so well. Pls give him my best wishes.”

Harvey Weinstein lobbied her to watch “The King’s Speech.”

In an Aug. 20, 2010, email to a State Department staffer, movie producer Harvey Weinstein pushed for Clinton to watch “The King’s Speech,” his Oscar-bait film about how King George overcame his stuttering problem.

“It’s a fun movie that is much in the tradition of SHAKESPEARE IN LOVE, again I think you would both like it (and Hillary would approve because it’s PG-13 with not too many swear words,” he wrote.

Read next: Hillary Clinton Sides With Liberals on Anti-Lobbying Bill 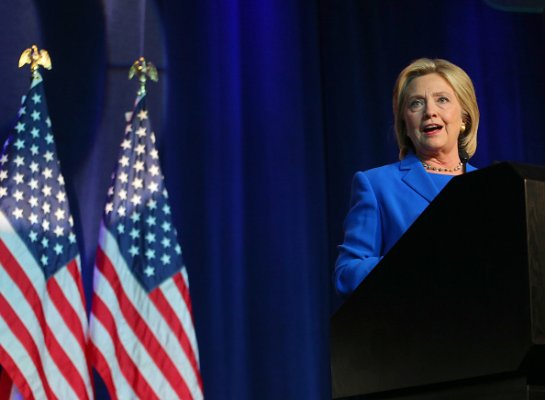 Clinton Emails Include 150 Now Deemed Classified
Next Up: Editor's Pick