Why I Left Wall Street to Start My Own Company

I often get asked why I left a job in sales and trading at Goldman Sachs to launch a recruitment company with no experience in recruitment or technology. Here’s how I became the Co-founder and CEO of Jopwell, a tech-enabled minority recruitment platform.

My story begins in high school when I enrolled at a boarding school named The Lawrenceville School. At the time, Morgan Stanley was offering a summer internship program for diverse candidates in private schools across the East Coast. I didn’t fully understand what finance was, or what I wanted to do when I “grew up,” but I was fortunate to receive the internship and work at Morgan Stanley my junior and senior summers in high school because they saw potential in me.

I then enrolled at Yale in the fall of 2007 and was a member of the men’s varsity basketball team. Instead of playing basketball over the summers, I decided to continue on the finance route, spending three summers interning at Goldman Sachs from freshman through junior year. Following my junior summer, and after five consecutive internships in finance, I accepted an offer to join the foreign exchange sales team upon graduating college.

In June of 2011 I started my career at Goldman Sachs. It was an incredible experience and it was amazing to work with and learn from leaders in the finance industry. Every day I was challenged to “do more” and to always have an opinion. I learned what being productive truly meant. Attention to detail, communicating efficiently and effectively, and being a team player were all critical traits of a successful employee. It’s the best training ground a budding entrepreneur can have.

However, I wasn’t satisfied. Not because of my experiences or my role, but mainly because finance and corporate America were the only two industries that I knew. My only jobs, from high school until I was 26, had always been in finance. And then it hit me like a brick — how and why did I end up here?

Although I’m hard working, competitive, and knowledgeable — I’m not any smarter, more talented, or more gifted than others trying to break into corporate America. However, I was fortunate to attend a boarding school in high school, build an amazing network while in college at Yale, and gain exposure to tremendous opportunities as a result. I realized just how lucky I was. I made it my mission to help other minorities in America gain access to the same opportunities.

So what could I do to achieve this? The answer became clear: build a recruitment platform specifically for people who identify as Black, Latino/Hispanic, and Native American to level the playing field. Of course there are other underrepresented groups, including women, LGBTQ individuals, veterans and people with disabilities, but in order to build something, one has to start with a single focus before moving on to a larger vision.

While I didn’t have a background in recruiting, I knew, from first-hand experience, the difficulties in recruiting people of color. And while I am also “non-technical,” I didn’t let that affect my decision to build a tech platform, since I knew I could tap into my network of talented individuals with technical backgrounds.

As luck would have it, my close friend and colleague at the time, Ryan Williams, also had a similar background and asked himself the same internal questions that I had been asking myself. One night during flight delays at LaGuardia Airport, we confided in one another and realized that we had identical interests. A few months later, we decided to put our thesis to work; if we built a platform that could level the playing field for candidates from the most underrepresented populations, we could make the U.S. workforce a bit more colorful.

What I’ve Learned So Far

When people ask me, “How did you know it was time to start your own company?” or, “What do you recommend I do to become an entrepreneur?” or, “How do you build a team of people to join you?” It can all be summed up as follows:

First, I have a lot of faith. Second, I believe that I am just one person doing what I can in a much larger plan that’s bigger than my company or myself. I recognize there’s a lot that I don’t know and that I’m going to have to learn along this journey. I’m not only comfortable with that realization but I’m also excited by it. I am passionate about the mission I am trying to accomplish, as it’s truly a product of who I am.

Receiving a lot of breaks in my life has been crucial as well. My Co-founder is a rock star. Because we work well together and made a little bit of progress early on, we were able to hire even smarter people than we probably should have been able to. The common trait that everyone working at Jopwell has is that we all feel, and have felt our whole lives, that we can and should do something to help society in some capacity.

Even though that’s not a direct answer to the previous questions it’s the only thing I can share with budding entrepreneurs. It’s time to take a leap of faith and start something when your gut tells you that you have to. If you listen to that burning passion you feel deep down in your core AND you have at least one other person who will join you AND you’re crazy enough to think you can change the world — you know it’s time to take the leap and answer the calling. 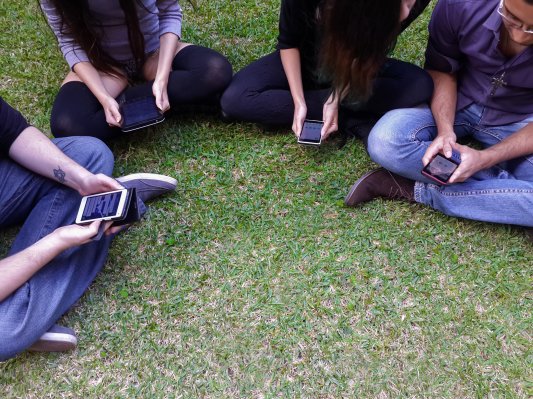 Millennials: Don't Call Us Millennials
Next Up: Editor's Pick