Lack of Sleep Dramatically Raises Your Risk For Getting Sick

If you want to stay healthy, skip sleep at your own risk. According to the new results of a new study, people who slept six hours a night or less were four times as likely to get sick after being exposed to the cold virus compared with those who got more sleep.

The study, published in the September issue of the journal Sleep, looked at 164 healthy adults who volunteered to catch a cold for science. The researchers first equipped the volunteers with a wrist gadget to monitor how much they slept per night over the course of a week. A couple of weeks later, they brought them into the lab and injected live rhinovirus into their nose. They then quarantined them in a hotel for five days and took a virus culture from their nose each day to see who got sick.

MORE: Here’s How Hugs Can Prevent The Flu

How many hours a person slept, it turns out, was one of the strongest predictors of whether or not they got sick—even more than other factors like a person’s age, body mass, stress levels or emotional state. People who slept six hours a night or less were four times as likely to develop a cold compared to people who slept more than seven hours a night. Those who got less than five hours of sleep a night were at 4.5 times that risk.

The study wasn’t designed to figure out the link between sleep and sickness, but Aric Prather, lead author of the study and assistant professor of psychiatry at the University of California, San Francisco, had some theories. “We know that sleep plays an important role in regulating the immune system,” he says. When we don’t sleep enough, our internal environment shifts to make us less effective at fighting off a virus, he explains; studies have shown that important immune cells are increased in the blood, meaning they’re not where we really need them to be—in the immune organs like the lymph nodes—to effectively fight off viruses.

Shortened sleep also seems to alter the inflammatory response, which helps our bodies clear out viruses when it’s functioning properly, he says.

“This is really the first convincing evidence that objectively verified sleep is associated with susceptibility to the common cold, which is a huge deal for the sleep research community,” Prather says.

Sleeping more isn’t quite a cure for the common cold, but it could go a long way in protecting you from getting sick in the first place. 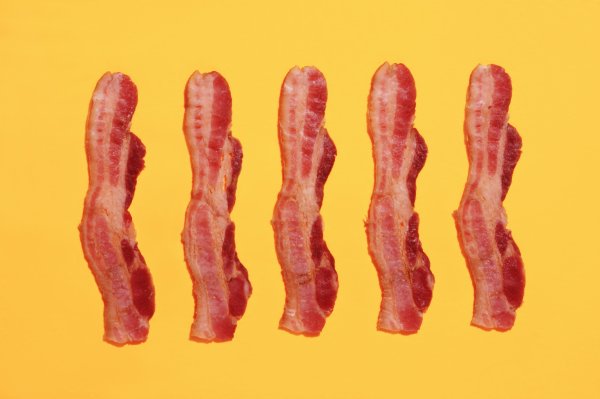 Turkey Bacon and Six Other Foods to Avoid This Week
Next Up: Editor's Pick