The caretakers of the Auschwitz concentration camp museum in Poland have defended their use of a misting hose to keep visitors cool in the intense August heat, after being criticized for evoking memories of Nazi-era gas chambers disguised as showers.

“Because of the extreme heat wave we have experienced in August in Poland, mist sprinklers which cool the air were placed near the entrance to the Museum,” Pawel Sawicki, a museum spokesman told TIME. “The mist sprinkles do not look like showers and the fake showers installed by Germans inside some of the gas chambers were not used to deliver gas into them.”

The sprinklers, which Auschwitz museum officials said were located near a ticket line at the entrance to the museum where tickets are collected, offended some visitors to the museum. “As a Jew who has lost so many relatives in the Holocaust, they looked like the showers that the Jews were forced to take before entering the gas chambers,” visitor Meir Bulka, 48, told The Jerusalem Post.

Southern Poland has experienced a harsh heat wave in recent weeks, with temperatures reaching into the upper 90s. Some visitors to the Auschwitz museum have fainted in the heat, Sawicki said. “The safety and health of visitors are our priority during the period of extreme heat. Cooling air have been really helpful to visitors in this difficult situation,” Sawicki said. 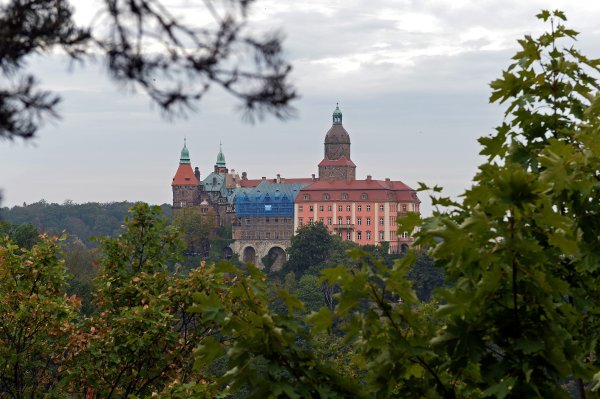