Authorities rushed to blockade a stretch of train track in rural Poland after the reported discovery of an abandoned train reignited long-held rumors that a Nazi train, freighted with gold and gems, had supposedly vanished into the hills in the spring of 1945.

Dozens of treasure hunters, some equipped with metal detectors, have swarmed into the wooded hills outside of the city of Walbrzych in southwest Poland, the AP reports. Governor Tomasz Smolarz said that police have been deployed to block entry points into the woods and ensure infiltrators do not attempt to walk along the still active train tracks and risk an accident.

The gold rush surged after deputy Culture Minister Piotr Zuchowski reportedly said that ground-penetrating devices appeared to show the contours of a train in an underground passage. 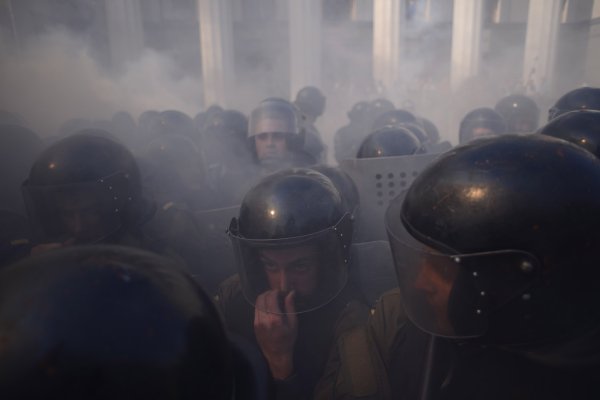 See the Deadly Protests That Erupted Outside Ukraine's Parliament
Next Up: Editor's Pick