An artist’s rendition of the sinking of the Titanic after hitting an iceberg in the Atlantic Ocean in 1912.
Science & Society Picture Librar—SSPL via Getty Images
By Michal Addady / Fortune

The last lunch menu that was saved from the Titanic is being auctioned off at Lion Heart Autographs and is expected to go for $50,000 to $70,000, the Associated Press reports.

The Sept. 30 auction, which will also feature two other Titanic artifacts, will mark the 30th year after the debris was discovered at the bottom of the Atlantic.

The menu was saved by Abraham Lincoln Salomon, a survivor who escaped on Lifeboat 1. It’s signed by Isaac Gerald Fraunthal, who was said to have had lunch with Salomon the day of the tragedy. He also kept a ticket from the ship’s Turkish baths, which recorded a person’s weight using a specially designed chair. There are only three other weighing-chair tickets left as far as we know, and this one is expected to sell for between $7,500 and $10,000, the report said.

The third artifact Salomon saved was a letter he received from Mabel Francatelli six months following the tragedy, estimated to bring in between $4,000 and $6,000. Lifeboat 1 was better known as the “Money Boat” or the “Millionaire’s Boat” because Francatelli’s husband, Lord Cosmo Duff-Gordon, was rumored to have bribed the crew to row away rather than saving others. The lifeboat supposedly only held a handful of first-class passengers, but had room for 40 people.

The seller claims to have received these artifacts from a direct descendant of a Lifeboat 1 survivor. 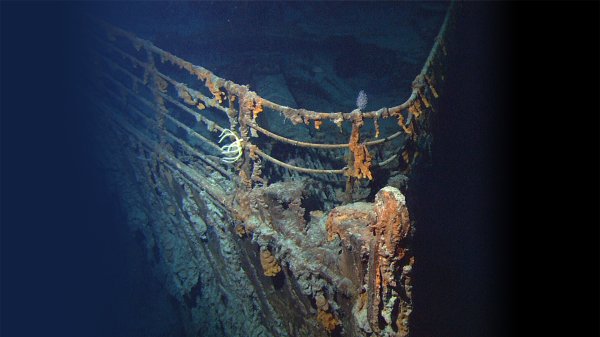