Wes Craven’s name was synonymous with horror. Like Alfred Hitchcock and Steven Spielberg, he was a director whose name could be used as a prefix to signify authenticity—if you knew it was Wes Craven’s New Nightmare, you knew it was going to be terrifying. And it usually was.

But Craven, who died on Sunday at age 76, didn’t rest on his reputation as a creator of chills and jumpscares. Until the Scream franchise he made sequels only sparingly, directing only the original Nightmare on Elm Street and then a postmodern reboot that was less a sequel than a movie about the power of that first movie.

Throughout his career he repeatedly took the genre to new and unpredictable places. Here, three horror subgenres the “master of horror” helped reinvent:

Craven’s The Last House on the Left was a scuzzy, low-budget revenge pic that one-upped the Roger Corman-style exploitation picture to show the horrendous rape and murder of two teenage girls by a gang of thugs, who are then violently killed by one of the victim’s parents. Less outright horror than a “terror movie” with highbrow origins — Craven named Ingmar Bergman’s The Virgin Spring as an influence — its box office success inspired an entire subgenre of grisly revenge pics, from the outright knockoff Last House on Dead End Street to even scuzzier movies like I Spit on Your Grave. Without The Last House on the Left, there would be no Texas Chainsaw Massacre (which likewise advertised itself, falsely, as being based on a true story) and, in all likelihood, no ’00s torture porn like Hostel or Saw.

Craven did make traditional, woman-in-peril monster movies, such as Swamp Thing, but his most infamous monster—and the character for which he will forever be remembered—is Freddy Krueger, the demonic murderer with razorblade gloves who kills kids in their dreams. Before the Nightmare on Elm Street antagonist became a symbol of horror comedy thanks to inferior sequels and Simpsons parodies, he was an archetype of a particular kind of monster, something that had once been a man but had become a living personification of a nightmare. Freddy as a character was so powerful that he spawned an entire library of films, which gave him a mythology that Craven later subverted with New Nightmare.

Craven resurrected the ’70s slasher movie with Scream, the 1996 hit that punctured (sometimes literally) the then-wearying end-of-millennium irony of Generation X. Baldly self-aware, down to the defined “rules” that govern the slasher movie the characters themselves are starring in, the movie was also terrifying, not least due to the nihilism of its dual murderers. Scream was followed by a host of imitators and some less impressive sequels, but perhaps its keenest influence was its subversion of the “final girl” trope—the lone woman, usually a virgin, who manages to escape the killer’s clutches. Sidney Prescott ended up an empowered heroine even after losing her virginity, not just taking revenge on the killers but saving the lives of her male friends. 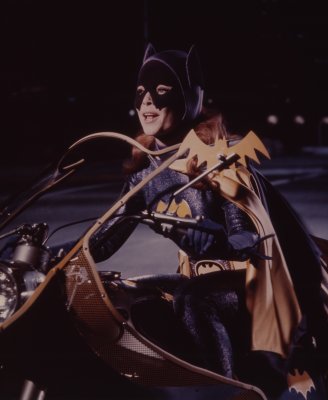