This Xbox Bundle Comes With a Crazy New Controller

Upgrading the Xbox One’s storage space became a non-issue when Microsoft added support for external hard drives a while back, but slipping a tiny hard drive inside the black box to reduce clutter and prune your power strip? Still a trick.

The Xbox One Elite Bundle, just announced Monday, offers a fairly typical solution but with an unusual perk. Instead of simply popping a 1 terabyte hard drive in the box, hiking the price and calling it a day, Redmond’s gone a step further and upgraded the classic cylinder-based drive to a solid state hybrid version. That means the drive has a small solid state partition (generally much faster than cylinder storage) on which it’ll store your most frequently accessed files, reducing metrics like load times as well as energy usage.

Microsoft hasn’t identified who the drive manufacturer is, nor what percent of the drive’s total is solid state, nor what the drive’s technical ratings are (with solid state hybrid drives, performance can vary considerably). It’s only saying the drive will allow players to “get to the action up to 20% faster from energy-saving mode.”

Another bundle perk: it’ll come with the Xbox One Elite wireless controller, the much-anticipated retool of the system’s already laudable de facto controller with interchangeable paddles, hair trigger locks, “high-performance construction” and the option to customize just about everything else. The Elite controller is due out as a standalone next month; this is the first (and only) version of the Xbox One it’ll ship with as a pack-in.

And if you’re weary of the regular Xbox One’s easily scratched, smudge-magnetic glossy finish, the Xbox One Elite will ship with a matte texture. Microsoft says it will sell the system for $499 in the U.S. exclusively through GameStop and Microsoft Stores starting November 3 (GameStop’s annual expo runs this week, thus the announcement timing).

The controller by itself, due a trifle sooner in October, is going to be pretty pricey at $149.99. So putting it in a bundle with a desirable matte-finish Xbox One that’s also sporting a superior solid state hybrid drive appears to be at least a modest money-saver, considering the stock Xbox One with half as much storage (a 500GB cylinder hard drive) runs $349, or $399 for the 1TB model. 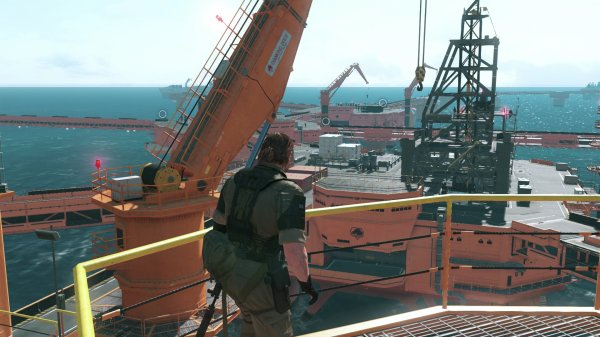 Metal Gear Solid V: The Phantom Pain Is the Best Metal Gear Ever
Next Up: Editor's Pick