Here Are the Best and Worst Car Brands For 2015

Consumer Reports polls over 4,000 people each year to find the best and worst car brands, and the results are in for 2015.

On the whole, the results aren’t good for the automobile industry. The magazine’s American Customer Satisfaction Index (ACSI) shows consumer satisfaction fell 3.7% this year to 79 on the index’s 100-point scale, down for a third-straight year and hitting the lowest point since 2004. The decline isn’t surprising, given the huge number of recalls—a 40% increase over 2014, according to the ACSI survey—coupled with price gains.

The five worst performing brands include Fiat, Chrysler, Jeep, MINI, and Dodge. Those brands brought up the rear, though poor consumer satisfaction doesn’t necessarily translate into lower sales. Fiat Chrysler, which owns Dodge, Jeep, Chrysler, and Fiat, posted a poor overall showing in consumer satisfaction (down 5%), yet the company’s sales have gained year over year. Last year, Fiat Chrysler sold 2.09 million cars, up from 1.8 million in 2013 and 1.65 million in 2012. 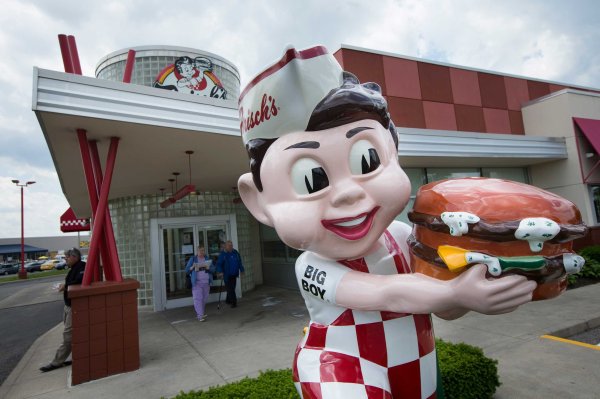 Get Ready for More Big Boy Restaurants
Next Up: Editor's Pick