Thai policemen check security at bars in the tourist area of Bangkok on August 19, 2015.
Pornchai Kittiwongsakul—AFP/Getty Images
By Charlie Campbell

Thai police have given themselves the 3 million baht (about $84,000) reward originally offered to the public for information leading to the capture of suspects connected to the Aug. 17 bombing of the Erawan Shrine in central Bangkok.

The move comes even though the chief suspect — a man in a yellow T-shirt seen on CCTV cameras dropping a black backpack at the shrine minutes before the explosion — is still at large.

A raid in the east of the capital on Saturday recovered a stash of bombmaking equipment and led to the arrest of an unnamed foreign suspect.

Although no link has yet been proved to the deadly blast, which claimed 20 lives and left more than 120 people injured, police chief Somyot Poompanmoung told reporters on Monday that the police deserved to collect the reward for their diligence and hard work, reports the local Nation newspaper

Warrants have been released for three suspects, only one of which has been named — Wanna Suansan, 26, according to the English-language website of the popular Thai newspaper Khaosod. 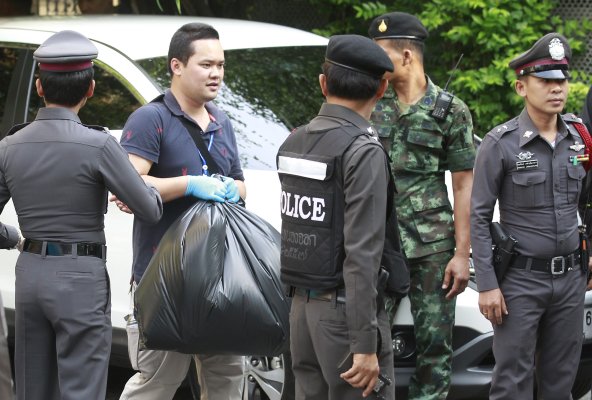