The European Union is calling emergency talks to discuss a solution to its rapidly escalating refugee and migrant crisis, which it says has attained “unprecedented proportions.”

The E.U. leadership announced that the talks will be held on Sept. 14 and be attended by Interior Ministers from each of the union’s 28 member states, the BBC reports.

More than 300,000 refugees and migrants have arrived in Europe since January — primarily from the Middle East and Africa — already surpassing the total number for all of 2014.

More than 2,500 of those have died making the perilous journey across the Mediterranean Sea, with 200 missing and feared dead after a boat capsized off the coast of Libya on Thursday, and 71 bodies found in a truck abandoned by the roadside in Austria, only the latest in an increasing number of fatal incidents.

U.N. Secretary-General Ban Ki-moon said he was “horrified and heartbroken” by last week’s deaths, and called for a “collective political response” to the crisis.

The talks in two weeks will touch upon measures against trafficking, return policies and internal co-operation, among other topics, according to the BBC.

Germany, France and the U.K. have all suggested the determination of a list of “safe countries of origin,” thereby enabling the immediate repatriation of at least a portion of the arrivals. Germany announced on Saturday that it would allow migrants from Syria — whose continued civil war is a major contributor to the European influx — to seek and obtain asylum. 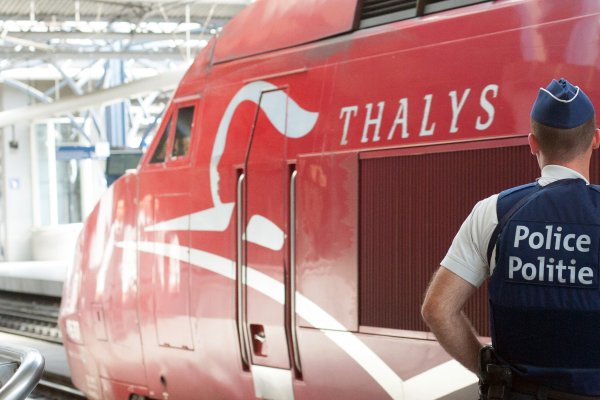 Europeans Fear for Security of Their Rail System
Next Up: Editor's Pick