Taylor Swift and Nicki Minaj already put an end to their Twitter drama weeks ago, but the two proved there’s no bad blood between them when they kicked off the 2015 MTV Video Music Awards together.

Minaj opened the show with her song “Trini Dem Girls” before Swift joined her for “The Night Is Still Young.” They closed their set with a brief portion of Swift’s song “Bad Blood.”

Minaj announced last week that she’d be opening the annual ceremony, but the addition of Taylor Swift was a surprise. Then again, after Swift extended an invite to Minaj to join her on stage if she wins an award, fans perhaps should have seen such a high-profile collaboration was coming. While the two didn’t address the feud directly during their set, performing together spoke volumes.

In July, Minaj criticized MTV for not extending a Video of the Year nomination to “Anaconda,” calling the snub another example of popular culture ignoring the contributions of black women artists. Swift interpreted Minaj’s social media complaints as a personal attack and accused Minaj of “pit[ting] women against each other,” but apologized later that week after her response was widely criticized.

VMAs host Miley Cyrus recently reignited the drama when she accused of Minaj of starting a “pop star against pop star war” with her comments. 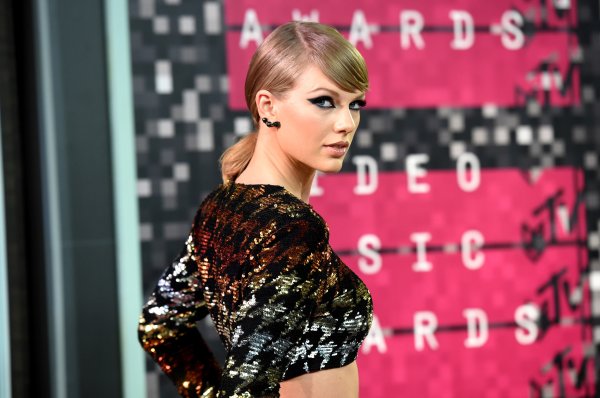