Republican presidential candidate Scott Walker said on Sunday that building a wall on the U.S.-Canada border is “a legitimate issue for us to look at,” proposing a focus on the northern border as the members of the GOP primary field tighten their stances on illegal immigration.

The Wisconsin governor, who supports boosting security along the southern border, told NBC’s “Meet the Press” that focusing on border security would take care of “almost every one of the other issues [of immigration] out there,” including birthright citizenship.

“Whether it’s talking about the 14th Amendment or anything else, until we secure the border and enforce the laws, we shouldn’t be talking about any other issue out there,” he said.

Walker added that some voters supporting a norther border wall worry that terrorists could cross from Canada to the U.S. in the wake of a lone wolf attack on the Ottawa Parliament in October. “[Voters] raised some very legitimate concerns, including some law enforcement folks that brought that up to me at one of our town hall meetings about a week and a half ago. So that is a legitimate issue for us to look at.” 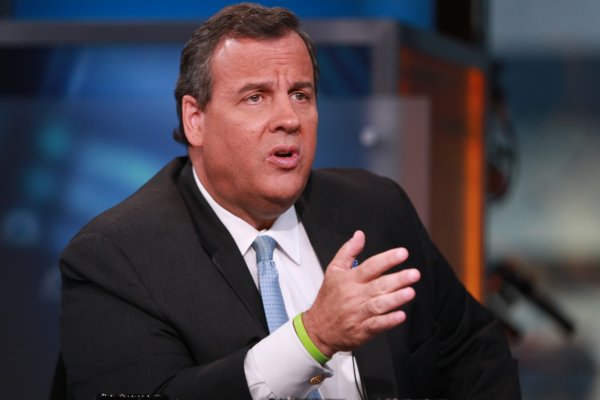 Christie Wants to Track Immigrants Like FedEx Tracks Packages
Next Up: Editor's Pick